Czech science - and one scientist in particular - received a great honour last week, when the United States pharmaceutical company Gilead Sciences announced a donation to the Institute of Organic Chemistry and Biochemistry of the Czech Academy of Sciences for the establishment of a special research centre bearing the company's name. The California-based biopharmaceutical company will donate 1.1 million dollars a year to the institute for an initial five-year term to fund the centre's operations and ongoing research activities. A part of the amount will be used to finance the research of the renowned Czech scientist, Professor Antonin Holy, for whom the company has established the Gilead Distinguished Chair in Medicinal Chemistry. Professor Antonin Holy, photo: Zdenek Valis The name of Antonin Holy is known to those who follow developments in the treatment of HIV/AIDS and other viral diseases. He has been involved in the development of substances that are contained in the drugs marketed as Vistide, Viread, Hepsera and Truvada. The last one was approved by the US Food and Drug Administration in August 2004 and it is a daily fixed-dose combination pill which lowers the level of HIV in the blood. Viread, which is the patent compound of this drug, was discovered by Antonin Holy and Erik DeClercq, from the Catholic University in Leuven, Belgium.

Professor Holy and Professor DeClercq gave up their royalty rights on the sales of the drug when Gilead Sciences announced that it would distribute Truvada to 68 poor countries. A holder of 60 Czech and international patents, Antonin Holy is turning 70 this year and is fully dedicated to his research into the development of other substances.

The Vice President of Gilead, John Milligan, says a broad range of results of the cooperation can be expected.

"We have a number of compounds that are still coming out of this portfolio we licensed 15 years ago, and they have a broad range of activities, so we see activity in different diseases including cancers, including treatment of papilloma viruses, so I think there is a lot of things still to come from what we started working on 15 years ago.

"This collaboration today will lead to many, many things but it will probably be decades from now before we'll know about it. As I think about it, the productivity of this group has just been amazing, and to provide extra resources to free up Tony so that he can focus on the science that he's doing as his career winds down, I think is exactly the right thing to do and I expect great things out of it."

John Milligan The Vice President of Gilead, John Milligan, says the cooperation between his company and the Institute of Organic Chemistry and Biochemistry has a long history.

"Gilead has had a relationship with the institute for over 15 years now, in fact, it predates that to when our CEO used to work at another company and he recognized some of the inventions by Tony Holy were just astounding in their potential in the field of antivirals. Those discoveries were over 20 years ago and we have now brought four of those products to market.

"They treat things like CMV retinitis, which is an opportunistic infection of AIDS, hepatitis B, but the most important discovery has been a molecule called tenofovir which is now the leading treatment for HIV throughout the world. It's been a revolutionary drug and it's now available in multiple forms throughout the world. I think it's the kind of thing that has really changed the face of treatment of HIV around the world.

"So this relationship is incredibly important, because it's been over a long period of time and it's had many successful outcomes which is very unusual in a field as tough as drug development."

The cooperation between Gilead and the Institute of Organic Chemistry and Biochemistry is important for both parties and the President of the Czech Academy of Sciences, Vaclav Paces, says the close collaboration may last longer than the five years specified in the agreement.

The institute of Organic Chemistry and Biochemistry is, of course, getting 1,100,000 dollars a year for five years and then, probably, this will be extended. It means a new type of cooperation, really. It means the cooperation of the fundamental research, done at the Institute of Organic Chemistry and Biochemistry of the Academy of Sciences of the Czech Republic, together with the laboratory of Professor DeClercq from the Leuven University in Belgium and with a very vigorous and successful pharmaceutical company, Gilead.

"The pharmaceutical company Gilead started twenty years ago as a very small company, I think there was something like fifteen people, now they have several thousand people all over the world, and are very successful, and most of that success is based on virostatics that started in the laboratory of Professor Antonin Holy at the Institute of Organic Chemistry and Biochemistry.

"So, this is a new type of agreement, between these subjects where the agreement is that the donation by Gilead is not given to specific research, it's given to the institute for basic research, for fundamental research. But Gilead has the right if something from this research could be used by the company, then they have the first option to use it, to patent it, together with Institute."

"Now, this concept is very broad. There are several ways to achieve this. Now, first of all, this is the investigation and research into oligonucleotides that is the basic units of nucleic acids, then there are the peptides that can be used as antiviral drugs, so it's mostly a biochemical approach that is based on organic synthesis of peptides. And then, I think, a very important part, which is still developing, is the immunological approach."

Gilead and the Institute of Organic Chemistry and Biochemistry also signed a Patent Cooperation and Option Agreement, which means that Gilead will provide patent services to the institute potentially worth dozens of millions of crowns. A private Czech foundation has decided to donate an unprecedented sum of money in the history of Czech philanthropy to science. Hana… 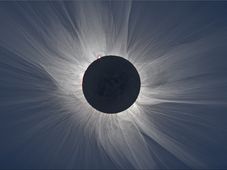