If the current Czech parliamentary elections are encapsulated by one person, it’s undoubtedly Andrej Babiš with his party for months tipped to win and the ANO leader seen as the mostly likely prime minister. He’s a personality that clearly leaves few Czechs unmoved, for or against. 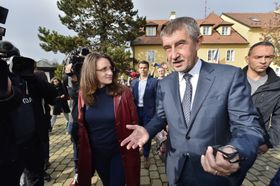 Andrej Babiš, photo: CTK The Czech Donald Trump or Silvio Berlusconi, maverick millionaire, political populist, mould breaker; these are all labels that have been tagged on to ANO leader Andrej Babiš.

There’s little doubt that, in or out of office, the 63 year old Slovak born businessman has been the dominant figure on the Czech political scene over the last four years thanks to his divisive character and abrasive style and the fact he still dominates the party, or movement as he prefers to call it, he created in 2011.

Then he signed up personalities from across the political spectrum, many disconnected or disenchanted with the traditional parties. Babiš added film and tv and media names and splashed out on a massive campaign for the 2013 parliamentary elections. The results made ANO the second biggest force in a transformed political landscape and left the traditional parties in shock. 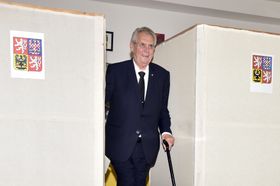 Miloš Zeman, photo: ČTK In government, ministers were also drawn from his own agro-chemical empire and the wider business world. And many of ANO’s ministers have appeared both effective and competent. While many other politicians might have thought that the wheels would fall off the ANO machine over time, it has not happened. Babiš’ party has topped the popularity polls for almost the whole period and also appears to have won over influential supporters, such as Czech president Miloš Zeman.

Going into a largely lacklustre parliamentary campaign for the 200 seat Czech lower house, it’s clear that love him or hate him, Babiš is still very much the main political factor and personality in deciding who voters will back.

Sixty-two year old Lenka from Prague says this time, like last, she will vote for Andrej Babiš and ANO and declares most of her friends and family will do likewise:

"I would say that he’s put this republic back on its feet again."

"I would say that he’s put this republic back on its feet again. He has ensured a lot of new finances which previous governments didn’t seem to be able to do. And we pensioners have got sums of money that we never got from those previous governments."

Babiš, she says, gets to the point and gets things done. 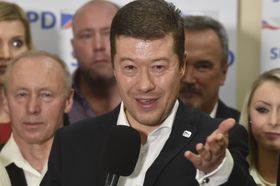 Tomio Okamura, photo: ČTK "The negative personalities are Mr. Babiš and Okamura. There are no positive ones because no other politicians fit that category. Among the rest, there are none of them who are positive."

He adds that Babiš as a Slovak should not be in Czech elections and that he has introduced too much state control, in part through the obligation on businesses to introduce electronic cash registers.

Few would disagree that Babiš, his past and his present, are very divisive. And where he is concerned, few are left sitting on the fence. And the ANO leader himself appears pretty much to see the world in black or white. You are a supporter or opponent, friend or enemy. Put simply, there doesn’t appear to be room for any shades of grey. 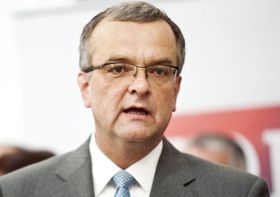 Miroslav Kalousek, photo: Filip Jandourek Some of Babiš’ relationships with other Czech politicians are positively toxic, such as with former finance minister and leader of the centre-right TOP 09 party, Miroslav Kalousek. And Babiš’ attacks also extend to Social Democrat prime minister Bohuslav Sobotka, with his role in the alleged cheap sell off of a state stake in a coal mining company raised frequently as well as the fact that according to the ANO leader he has never done a proper job.

Sometimes Babiš seems to simply enjoy stirring things up, such as when he told a meeting in Prague of the Alliance of European Liberals and Democrats attended by leader, Guy Verhofstadt, that he understood why the British had voted to leave the European Union. Verhofstadt is a high profile pro-European. Differences over Europe have also caused an open rift between the MEP once profiled as ANO’s foreign affairs expert, Pavel Telička.

Most of the scandals, with the notable exception of that over police reorganisation, that have shaken the three-way government coalition of Social Democrats, ANO, and Christian Democrats can be traced back to Babiš, including the Stork’s Nest Affairs over alleged fraudulent use of EU funds which caused him to quit as finance minister and the government to limp on until the elections. Or there’s the allegations over his alleged past as a communist era secret police, a claim that was first rebuffed but now returned thanks to different court rulings.

"I know well that the state should be run like a family firm."

Although, at the summit of the Czech political scene for four years as leader of the second biggest party in the lower house, deputy prime minister, and finance minister; Andrej Babiš still likes to view himself and his party as outsiders. It’s a label that his nominee as European Commissioner, Věra Jourová, says has already past its sell by date. 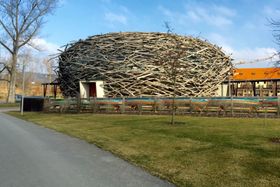 Stork’s Nest, photo: Filip Jandourek Four years on, Babiš still also likes to cast most of the rest of the Czech political scene – with perhaps a few exceptions - as part of a corrupt establishment likely to be on the take or simply incompetent. While many of them are professional career politicians, the ANO leader likes to highlight how he has created a multinational agro-chemical company, Agrofert, and became one of the richest men in the country. His basic remedy has not changed as Andrej Babiš explained in a recent interview with Czech Radio:

"The government must be a team. It must cooperate with regional governors and mayors. And a solution should be found in one place. To create this order there must be deadlines, there must be names, there must be targets. That is how family businesses work. And I know well that the state should be run like a family firm." 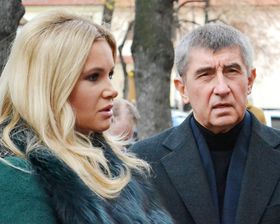 Andrej Babiš with his wife Monika, pohot: David Sedlecký, CC BY SA 4.0Political commentator Petr Nováček says ANO and Babiš have mined a rich seam of Czech popular discontent with the traditional political scene that was already apparent earlier. At a personal level with ordinary people, he adds that Babiš has charisma and an ability to connect that other Czech politicians clearly lack.

"When you talk to him close up, there’s no doubt that he has charisma. You can imagine the impact when he goes round Bohemian and Moravian districts and villages and goes to the pub and restaurants and has a drink with them. For some of them it must seem the event of a lifetime."

Babiš describes his entry into politics as a reluctant one, to sort out a mess that others had left behind. And he warns that he is prepared to return to business and private life if he fails to become prime minister this time round. It’s a threat some political experts says he’s unlikely to fulfil.