In today’s special Christmas show on Radio Prague we’ll introduce you to what is undoubtedly the most famous piece of Czech Christmas music, Jakub Jan Ryba's "Česká mše vánoční" or "Czech Christmas Mass".

"Hej Mistře, vstaň bystře!" - "Master Hey, Rise I Say!" - those are the opening words of this popular piece of music. It was composed by a small-town teacher, Jakub Jan Ryba, in 1796. "Rybovka", as Czechs like to call it, has the structure of a classical Latin mass, but instead of taking place in Bethlehem, it is located in snow-covered Central Bohemia. More than 200 years after its first performance, it continues to echo in churches around the country every Christmas. 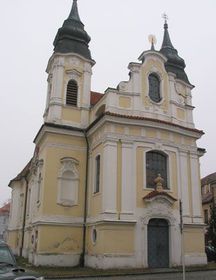 The church in Rožmitál Jakub Jan Ryba was born in 1765 in the village of Přeštice in West Bohemia. The son of a village teacher and organ player, he received his first music lessons from his father. At the age of eight, little Jakub could play the piano with considerable skill and was being taught to play the violin and organ. Recognising his talent, Jakub's uncle, a priest and an outstanding tenor, took his nephew to Prague to further his education. During his studies Jakub Jan Ryba sang with a Gregorian choir, played in a quartet and composed his first pieces. He also played the organ in the Church of St Salvátor. He dreamed of becoming a composer but his father forced him to return home and earn his living as a village teacher.

Ryba eventually resigned on his ambitions and in 1788, moved to the small town of Rožmitál in Central Bohemia where he got a teacher's position. Here he spent the rest of his life with his large family. Apart from his basic school duties, he also worked as a choir master, organ player, conductor and composer in the local Catholic Church. Music and school were the main sources of activity for many promoters of the Czech national revival at the time and Jakub Jan Ryba, as a teacher, writer, poet and composer, has made a great contribution.

He composed over 1,400 pieces, both religious and non-religious. His works include thirty masses as well as songs composed to Czech folk lyrics, arias, sonatas, quartets, concertos and symphonies. But the Czech Christmas Mass is the only piece that has outlived him. The piece was first performed in 1796 and contrary to the tradition of the day, its lyrics were in Czech, not in Latin. Petr Veber is a Czech Radio music expert:

“Ryba’s composition is very interesting because the mass combines a Latin structure with Czech words. Ryba wanted to make the Christmas story about the birth of Jesus more understandable for the common people. The problem of Latin being used in church was that the local people didn’t understand it. Using Czech lyrics was a means of getting the audience more connected with the story about the birth of the Saviour.”

But Czech lyrics were not the only reason behind the popularity of Jakub Jan Ryba’s Christmas Mass. It was also his musical language that resonated with the common people. His bright, expressive and memorable tunes touched people's hearts.

“Ryba is a composer of very simple but very melodic music, using idioms common for the music of that time: Mozart or Haydn’s Vienna style. Another reason for its popularity is probably that the music is based on Czech melodies, not on particular songs, but on the Czech musical or folk music feeling. So this common language of Czech musicality connected with the Mozart style of that time and the Czech language are the three reasons for its popularity at that time.”

Although in terms of structure the Czech Christmas Mass has all the attributes of a Latin Mass, the text and the musical setting make it more like a Christmas Nativity play. The first section, the Kyrie, describes a village scene where a young shepherd wakes up his master to tell him about a strange heavenly light. The master is a little grumpy at first but then he gets up and sees the Star of Bethlehem. “You did right; that wond'rous sight, who would e'er believe it!” he admits. “Let us both haste with winged feet to where that music sounds so sweet.”

To create dramatic tension, the angel voices do not announce the birth of the Saviour until the second section of the Mass, the Gloria: “Glory to the mighty Lord most holy, peace be unto all the meek and lowly, God be praised for our Saviour's birth, he who comes to redeem the earth.”

In the Graduale and the Credo the shepherds are preparing for their journey to Bethlehem. The Offertory pays homage to the new-born child. In this passage we can discern an imitation of folk music, when the shepherds say: “Fiddles must be tuned with great care, beautiful strains shall fill the air; we must strive to play our best, for the child by whom we're blessed.” There is a simple introduction of about three chords, and a folk tune follows.

The three final sections, Sanctus, Benedictus and Agnus Dei, are presented as songs of praise before the cradle, with the choir in the final passage praying for peace on Earth to all men of good will. Thanks to its simplicity and joyful mood, Jakub Jan Ryba’s Czech Christmas Mass became an immediate success and spread quickly around the country. Petr Veber again:

Jakub Jan Ryba, however, did not live long enough to enjoy the enormous success of his Christmas Mass. As a supporter of educational and social reforms he got into conflict with the local priest and authorities. He could no longer bear the mounting pressure and the struggle to feed his large family and on April 8, 1815, after morning mass, he took his own life.

“He ended his life 19 years after the premiere of his Christmas Mass so he could probably see the popularity of the mass in his own church, he could know about other choir masters who wanted to have a copy but he did not live long enough to realize what a huge success it would become.” 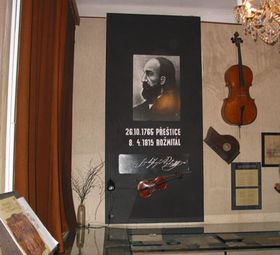 Jakub Jan Ryba's Museum in Rožmitál Despite his personal tragedy, Jakub Jan Ryba’s Christmas Mass continues to radiate a mood of joy and a feeling of happiness. The composition has kept all its emotional impact and comprehensiveness and over the years, it has become an inherent part of the Czech Christmas tradition. One of the staples of Czech Christmas, along with fried carp, Christmas cookies and fairy tales, is Jakub Jan Ryba’s Christmas Mass.… 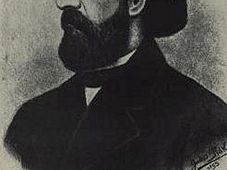 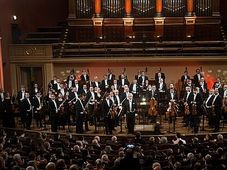 Jakub Jan Ryba’s Czech Christmas Mass: an Xmas staple for millions of Czechs for over 200 years

One of the staples of the Czech Christmas’, along with fried carp, Christmas cookies and fairy tales, is Jakub Jan Ryba’s Christmas…