Fame, envy, intrigue and murder –that is what some suspect surrounded the mysterious death of Tycho Brahe, a Danish astronomer who died in Prague in 1601 as one of the most distinguished scholars of his time. Several theories exist about the cause of his death, and some experts actually claim he was given a lethal dose of mercury. A team of Danish experts are now going to officially ask the Czech authorities for permission to open his grave in order to analyse his remains.

Astronomer Tycho Brahe only spent two years in Prague in the imperial service of Emperor Rudolf II before he died in October 1601. His death was never properly explained: according to popular legend, he died after his bladder burst, as his good manners did not allow him to leave the table before Emperor Rudolph did. His grave in the Church of Our Lady Before Týn in Prague’s Old Town was first opened in 1901 by a renowned Czech anthropologist, Jindřich Matějka, who concluded that Brahe died of kidney failure. A team of experts from Aarhus University, in Denmark, now want to open the grave once again. Jens Vellev explains why.

“The most interesting thing right now is to find out how the grave of Tycho Brahe was built, and see what we can find out today with modern scientific methods.”

Recently, two independent theories about Tycho Brahe’s death appeared – and both claim that he was murdered. Joshua and Anne-Lee Gilder, from the United States are the authors of the book Heavenly Intrigue. The Gilders based their theory on a 1990s analysis of Brahe’s hair, which was extracted from his grave at the beginning of the 20th century. The analysis discovered a high concentration of mercury in Brahe’s body. Joshua Gilder over the phone from Washington, DC.

“What we really found, I think for the first time, indicates two different events, two different poisonings. And we laid that out in the book - that the first one happened at the time of this dinner party in Prague when he first fell ill. He was then getting better and was given the fatal dose on the night of his death. He in fact died the next morning, a few hours later.”

And the Gilders also pointed to the likely murderer. They believe that Brahe was killed by none other than his apprentice Johannes Kepler, who later also became a groundbreaking astronomer. Joshua Gilder says the motif was simple – Kepler wanted the results of Brahe’s work for himself.

“What you get in Kepler’s diaries are repeated and often quite violent references to Tycho Brahe. One of the first, when Brahe invited him to come to Prague and work with him is that basically, ‘Brahe thinks he’s so wonderful, but I’m going to wrestle his observations away from him with a sword.’ He then comes to Prague and there is this incredible blow up between Kepler and Brahe, all surrounding the fact that Brahe will not hand over all of his observations to Kepler. And Kepler blows up, goes into a rage and has to be taken away from the house.”

The authors examined Kepler’s diaries. Anne-Lee Gilder says that what they found was rather scary.

“Heavenly Intrigue shows what a disturbed man Kepler actually was, and how much he was filled with self-hatred, with this longing for fame which people today might call pathological. But it doesn’t really matter what term you use; what is important is that he needed these data to validate not only his theory, but his being. His lust for fame, the way he describes it himself, is quite disturbing. I mean, a lot of people want to be famous, but very few need it really like the air they breathe.”

Igor Janovský, of the Prague-based National Technical Museum, reviewed Heavenly Intrigue for the Czech scientific magazine Vesmír. When we met in front of Tycho Brahe’s grave, he told me he suspected that the Gilders jumped to conclusions.

“The book is very interesting, I would say gripping, but when you think more about it, you’ll find quite a few shortcomings. Look, I’m not a historian or a forensic chemist but I spent most if my life working in a chemical laboratory, and that’s why I have a certain, perhaps critical attitude. From my point of view, there is not enough proof; I think that wouldn’t be enough for a court to consider it a criminal case.”

Mr Janovský says the analysis they used to support their theory never actually confirmed that Brahe was poisoned or that he was given mercury on two separate occasions.

“There is no proof at all relating to when Brahe was given this poison – it was just an estimate. And for this particular case the Gilders say in the book that they found a hundred times higher dose of mercury than normal, which is not true. It was not found. This was just a hypothesis of sorts. And I’m sorry to say that several other people then repeated this claim that there was a hundred times increased concentration of mercury. But it was not found.”

Another theory about Tycho Brahe’s death comes from Peter Andersen, a professor at the University of Strasbourg. Several years ago, he discovered the diary of a Swedish diplomat, a distant relative of Tycho Brahe’s, who was allegedly sent to Prague by the Danish king to kill the famed astronomer.

“It’s not a confession but it mentions one very important person – the younger brother of the Danish King, Hans. According to the diary, the Danish prince went to Sweden and convinced Erik Brahe to go to Poland. Then they met again in Poland, and I think that was when he gave Erik Brahe the order to go to Prague to kill Tycho.”

Interestingly, the motif of both suspects – the Danish King Christian and Brahe’s colleague Kepler – might have been similar. 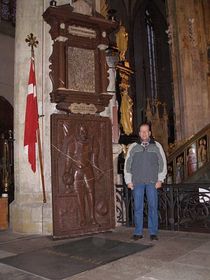 Igor Janovský by the grave of Tycho Brahe “Christian IV was crowned in 1596 and he immediately took away all the financial privileges that his father had given Tycho. Tycho then decided he wouldn’t stay in Denmark any longer, and he left forever. He never openly criticized the Danish king directly, but he gave his compliments to Emperor Rudolf. That was very bad publicity for the Danish king. He had dreams about fame; he was the Danish king for sixty years, and he went into several wars, but all he thought about was to become just as famous as Tyhco Brahe who left Denmark when the Danish king was very young. It was a personal conflict between the young Danish king and this relatively old astronomer who was fifty years old at the time.”

The archaeologists from Denmark have not yet officially approached the authorities in Prague, but both the preservationists and the Catholic Church say there should not be a problem. Even so, most Czech scientists remain sceptical about the murder theory. Igor Janovský again.

“It’s very likely that Brahe’s body was embalmed and it’s likely that the ointments they used contained mercury. But that’s not the only way how Brahe could have gotten mercury into his body. It’s well known that Brahe was an alchemist, he worked with mercury most of his life. He used it for preparing medicine – his famous universal medicine called Medicamenta Tria, and one of its three parts contained mercury. He also used mercury for gilding his astronomical instruments; he had equipment for time measurement which contained mercury, and during his time there were certainly no special precautions taken when working with mercury. So no wonder – it wouldn’t be surprising for me if his body, his remains contained mercury.”

The team of Danish experts is expected to arrive in Prague sometime in November - if they get all the necessary permits. Whether they uncover anything important remains to be seen. Igor Janovský says even a small discovery would be welcome.

“I think that all those investigations could bring something new – perhaps not quite with regard to the mercury. But maybe... let’s hope. It would be interesting and nice if something new is found.” 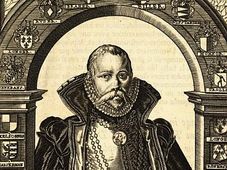 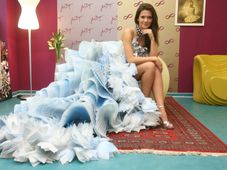 A French pilot lands on a busy motorway near Brno. A Czech beauty queen shows off a dress made of plastic bottles and, and what do… 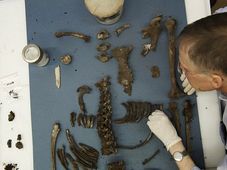