In this episode I use the radio archives to evoke the atmosphere of Czechoslovakia during the First Republic of the 1920s and 30s. The recordings that survive offer a fragmentary picture, but they capture something of the spirit of the time, from Prague’s first traffic light to the charms of the Ruthenian countryside, just before Europe was torn apart by the Second World War. 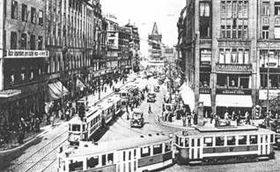 Prague in 1935, photo: Public Domain As the capital city of the new Czechoslovak Republic, Prague drew a lot of international visitors in the 1920s and 30s. One of them was the British broadcaster, Vernon Bartlett, who later went on to become one of Britain’s most vocal opponents of Neville Chamberlain’s policy of appeasement. He visited the city in 1932 and sent home a report that is unusual for the time in using radio vividly to evoke a sense of place. “You may think I sound too much like a tourist agent,” he begins, “but you would forgive me if you could see the view from the house where I am staying.” He goes on to draw a picture of 1930s Prague in the context of the history of Bohemia.

Although the past was never far away, as the modern capital of the new Czechoslovak Republic Prague was a bustling place, and by the early 1930s traffic was becoming a serious problem. In 1934 the city’s first traffic light was introduced, and the radio sent out a reporter to record this historic event. It’s an early example of an outside radio broadcast, evoking vividly the sounds of the city at the time. 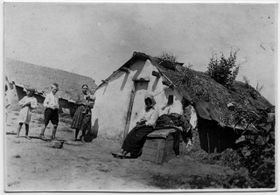 Sub-Carpathian Ruthenia in 1930s, photo: Public Domain Visitors were often surprised by how modern and open Prague was. In 1937 a group of students came over from the United States. One of their professors was Dr Edmund Miller, director of the American Junior Year Abroad programme. Both Dr Miller and his students were fascinated by the contrast between the ancient city and the modern buildings going up everywhere in the latest architectural styles. The students were given the opportunity to talk about their impressions on the radio, and we get a unique taste of Prague through the eyes of a group of young visitors over eighty years ago. As we listen, the years seem to fall away.

Several of the students speak enthusiastically about democracy in Czechoslovakia, and their words, full of optimism for the country’s future, have a particular poignancy given that this was just a year before Hitler was to tear the country apart.

Not all visitors to Prague were serious in their tone. We also hear a Scottish visitor from 1938, talking about a rather unlikely connection between Czech bread rolls and the Loch Ness Monster.

One of the most moving recordings in the programme comes from the opposite end of the country. In August 1938 a certain Mr Lightfoot – his first name is not given, but his surname is more than a little apt – came from Britain with a group of hill walkers to explore the stunningly beautiful mountains of Sub-Carpathian Ruthenia. This was the easternmost part of Czechoslovakia, and today forms part of Ukraine. 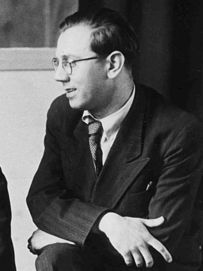 Jaroslav Ježek, photo: Public Domain He describes a lost world. Sub-Carpathian Ruthenia was soon to be caught in the tide of history. Within a few months it had been annexed by Hungary, and in the Second World War most of its Jewish and Romany inhabitants were murdered in the Nazi death camps. In 1945 Ruthenia was absorbed into the Soviet Union, and only since the fall of communism have visitors from the west once again been discovering its amazing scenery.

The programme ends with a flavour of the musical life of the First Czechoslovak Republic. One of the legends of twentieth century Czech music was Jaroslav Ježek, who died in wartime exile in New York at the age of just 35. He is best known for the songs he composed for the famous pre-war satirical cabaret, the Liberated Theatre, and he was one of the pioneers of Czech jazz, fearlessly crossing the borders between popular and classical music. In November 1934, the young composer – he was 28 at the time - came into the radio, and as he sat at the piano and picked out a few tunes, he talked about jazz.