Over the next four weeks, at almost 600 primary and secondary schools throughout the Czech Republic, pupils will come face to face with the many injustices carried out during four decades of communist rule. Using documentary films and interaction with real people who lived through those times, the Stories of Injustice project attempts to shed light on a period that barely features on the mainstream Czech curriculum. The programme is run by the NGO People in Need, and this is its fourth year, but as Rob Cameron reports, it's not to everyone's taste. 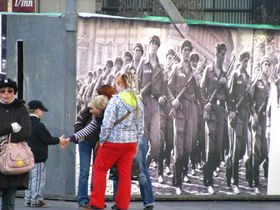 Photo: Kristýna Maková A class of three dozen 18- and 19-year olds sit in silence at the Malostranské gymnázium, engrossed in a black-and-white documentary called "Ten Points", about a November 1968 strike by Czechoslovak students in protest at the Soviet-led invasion of August of that year. It's a lyrical, thought-provoking film about protest, democracy and youth.

"Ten Points" was made in 1968 but was never shown. It's one of the so-called "safe films" - films that were made but thrown into a safe by the communist censors, fearful of the effect they would have on the Czechoslovak public, still reeling and angry from the August 1968 invasion.

"Ten Points" is one of half a dozen documentaries that are being shown in just under 600 schools throughout the Czech Republic this November, films that will be seen by thousands and thousands of pupils. After the showing I asked two of the students at the gymnázium - Kamila and Martina, both aged 19 - how much they knew about their country's communist past.

"Personally, I'm not very sure of myself, I think I don't know as much as I'd like to. We are restricted to the information that we know from school, from factual information. Sometimes we speak on the topic with our grandparents or with our relatives, but I don't think it's very often."

"Yeah, when I was younger I was really interested about that but I think that we get good knowledge about it from such projects."

People in Need say this project started because the information in your school books on this period is very sparse, there's not enough information about the communist period in schools. Would you agree? Is that your experience of going to school - there isn't much about it?

"I can absolutely agree with this fact. In history, we spend tonnes of time studying about ancient Egypt and so on, and this is the topic we get to last. Some school grades don't even get to it. So it's very much on the minimum I think." 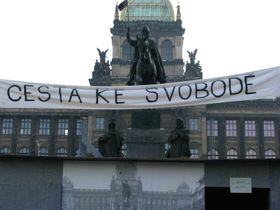 Photo: Kristýna Maková "Yeah, we usually don't have enough time to learn about it. And that's the main problem, that a lot of people think that young people don't know anything about this period."

An excerpt from another of the documentaries being shown as part of the Stories of Injustice project, called "The Man Who Underestimated the Czech Soul". The film tells the story of Josef Bryks, one of the hundreds of Czechoslovak pilots who fought with great bravery with the Royal Air Force during the war. In gratitude, the communists imprisoned them as "western imperialists" and sent them to the uranium mines, where Josef Bryks perished in 1957.

"He would never, say, go along with people for the sake of getting himself out of trouble. He liked other people, and for all his bravery for what they did to him, he didn't deserve his fate under communism"

One former RAF pilot who survived his ordeal in the gulags is Jan Wiener. Today an elderly but still feisty man with a dashing handlebar moustache, he tours schools as part of the Stories of Injustice project to tell the children what happened to him.

"I came out of prison camp here - Červený Újezd, five and a half years, a slag worker, for punishment. Other people do it for a profession, there's nothing against that profession, but I was punished with it. When I came out, I saw on the street, on Národní třída, I saw an old friend. I hadn't seen him for five and a half years. So I said - I called out - "Nazdar, Jardo!" - and he shortly waved, but quickly went into a house, not to speak with me in public, an ex-political prisoner. This is the thing I detest. Have you ever read Philip Roth's novel The Stain? Well, this country has a lot of stains."

It was partly to counter this national amnesia and reluctance to face the past that People in Need set up the Stories of Injustice project four years ago. Where better to start than in the schools, where the official curriculum barely mentions the 241 people who were executed by the communists, 600 who were tortured to death by the secret police, 8,000 who perished in labour camps and uranium mines, and the 250,000 who were sent to prison, often on trumped up charges? People in Need spokesman Filip Šebek says it's no wonder most people don't want to talk about it.

“Maybe three or five percent of the Czechoslovak nation were really against the communist regime. This kind of person will of course tell his grandchildren what it was like. But the rest of the nation – like 95 percent – they were silent. Imagine your child will ask you – ‘Hey, father, what was it like? I’ve seen a documentary at school about how terrible it was, how so many people were tortured and punished and sent to concentration camps. How was it possible? What were you doing at that time?’ You will feel shame if you were among the 95 percent of the Czechoslovak nation who were really doing nothing.” 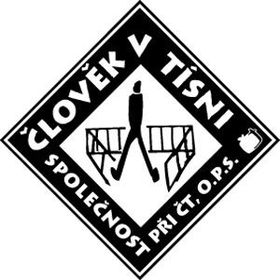 Stories of Injustice is undoutedly a success - almost 600 schools are involved with the film screenings and debates with communist victims this year, and many more have ordered documentaries from People in Need's extensive library. But the project isn't popular with everyone. The Education Ministry has so far refused to support it, and there is also substantial opposition from the present day Communist Party.

Prague's main thoroughfare, Wenceslas Square, is home to one aspect of the Stories of Injustice Project. It's an exhibition on the square featuring some of the stories of the people who were imprisoned and persecuted during the communist regime. But this project - not everyone agrees with it, not everyone sees it in the same way, and not everyone shares the views of People in Need. One of them certainly is Dr Josef Skála, who's an adviser to the present-day Communist Party of Bohemia and Moravia:

"It's a typical example of a very partisan view of our history. Older people can tell you that this resembles a famous exhibition from the early 40s called 'The Bolshevik Hell'. It was an exhibition organised by local Nazis, German Nazis, and people from the secondary schools and even elementary schools were forced to visit it, even from quite far towns and locations in the Protectorate of Böhmen und Mähren. So this is a certain - I would not say copy, but it resembles it quite much."

You would go so far to draw those parallels between the way the Nazis - who occupied this country - sought to view the communists, and the way this NGO, People in Need, view the Party and its predecessor?

"Let me respond by giving you a quotation from a famous Czech philosopher, Václav Bělohradský, who's perhaps one of the key personal think-tanks of today, and he's not a communist at all. Some months ago he published an article in quite a famous daily and there he wrote one formulation: Any comparison, direct comparison, between communism and fascism can be done only by complete idiots. We communists should not be blamed that we want to avoid such a debate. We simply want this debate to be objective, not to be simplistic propaganda, and there's only one way how to have it objective. To refresh the very nature of the historical crossroads which were on the agenda, and then to study the realistic alternatives the key players on those crossroads had in their hands."

There's little chance, however, that the communists will be given a substantial forum to give their side of this country's history between 1948 and 1989, at least not while they remain out of power on a national level.

Czechs are marking the 19th anniversary of the overthrow of communism in Czechoslovakia at a time when the whole dark period is being exposed to the daylight of contemporary research and investigation - a process that Stories of Injustice is just a small part of. It's a process that is still shaking a lot of skeletons out of a lot of cupboards, and it's far from pain-free, but it's a process nonetheless that NGOs like People in Need believe is essential.