Sociologist: Many of the basic values heralded in the 1990s have been practically abandoned

Twenty-eight years ago Czechs took to the streets to demonstrate for basic human rights and freedoms. A lot of water has passed under the bridge since and many Czechs today are asking themselves where those ideals went. Sociologist Jan Hartl, head of the STEM polling agency, has been closely monitoring the change of mood in Czech society over that time. I asked him to explain how people’s priorities have changed over the years. 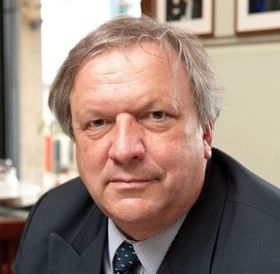 Jan Hartl, photo: archive of STEM “If we look back over those years, then in the 1990s people’s main concern was to catch up with the West in terms of standard of living and material wellbeing. But, in due course, they also realized there were other problems in the society, values which had been forgotten or were lagging behind the improvement in the material wellbeing of the people.”

To what extent are Czechs concerned nowadays about human rights and freedoms – the things they clamored for in 1989?

“Well, we see a significant difference, especially since the start of the migrant crisis public opinion changed considerably. We went from being an open society, as manifested by opinion surveys, to a society that is much more closed and one where there is a lot of fear especially as regards Islam and international terrorism and a not-insignificant part of the public would no longer insist on democratic values and practices and they would readily swap it for greater security. In a way we are perhaps on the verge of a new period of our development. If we compare it with the 1990s we were very pro-Western, pro-liberal, very open-minded to all minorities and if we look at the data today we see a considerable change.”

Would you say that Czechs put their wellbeing ahead of democracy when they go to the polls or has their understanding of what democracy entails changed?

“We went from an open society to a society that is much more closed and one where there is a lot of fear, especially as regards Islam and international terrorism.”

“The process of this change was quite dynamic. During the era of Vaclav Klaus in Czech politics, when he was first prime minister and then president, material wellbeing was clearly a dominant issue. Then around 2005/2006 – and this was clearly visible in public opinion surveys –people started to realize that material wellbeing is not everything and that we should care more about values, the general standard of morality, interpersonal relations, trust among people and so on. Unfortunately this trend was confronted with the financial crisis in 2008-2010 and since that time the situation has been quite vulnerable, oscillating up and down.”

Do you feel there is now a hankering for authoritarian rule? What made Czechs vote for leaders such as Milos Zeman and Andrej Babis? Photo: A.day.in.the.life.of.C via Foter.com Was it inevitable for the ideals of 1989 to give way to hard pragmatism? Did this happen in other post-communist countries as well?

“Yes, it happened in other post-communist countries as well. And we can see that the situation in Hungary and Poland is worse than that in our own country in this respect. Perhaps it was inevitable because it turned out that the legacy of communism was much stronger than expected. A real problem was the impact that the decades of totalitarian regimes had on the minds of people, as far as their personality and attitudes are concerned, they were much more affected by the communist mentality than was expected.”

Where is the line that we should not cross?

“I think we should think of our obligations to NATO and the European Union, our pro-Western orientation. We should be warned by the fact that public opinion polls indicate that a relatively large part of the population thinks that we might remain somewhere in the middle between East and West, and that we should try to look for a “third way”. This is clearly the result of the policies of President Zeman and I think it is a real warning for the future.”

“It turned out that the legacy of communism was much stronger than expected.”

“And if we look back over the past twenty years or more, then, despite the fact that people complain a lot, when they are asked to evaluate those two decades they say that generally the historical development of the country since 1989 has been positive. And if they assess the present situation, having in mind their material standard of living, they are generally satisfied. The problem is that in spite of the general satisfaction they no longer have a vision of the future, they no longer see the present-day development as a link to the future. Ten years ago people were ready to make sacrifices so that their children might have a better future. Now that trust in the future is disappearing and there is a big question mark hanging over it. I think this is a warning that we might be facing a totally new period of our development in which we might have to reconsider our stance to the basic values that were so often heralded in the early 1990s and which have now been practically abandoned.”