The Dysdera cechica spider: a discovery 15 years in the making

Earlier this month, the highly-respected Czech biologist Milan Řezáč reported the discovery of a new species of spider in the Dysdera family which is the first arachnid, and perhaps creature, to get the Latin name of cechica, signifying it comes from Czechia or the Czech lands. 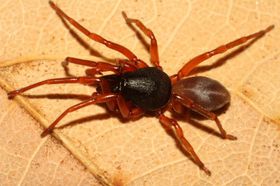 Dysdera cechica, photo: Milan Řezáč The spider, which is now threatened in its natural habitat, is remarkable not only for how it hunts its prey, the wood louse, but also because, after copulation, males of the species live to “fight” another day.

Spider expert Milan Řezáč told me more this week and some of his answers will surprise you.

"It is a relatively large spider which is interesting because usually when a new species is discovered they are usually very tiny and that is the reason they were overlooked. But this one is relatively large. The story of this discovery is also relatively long, going back 15 years. It took me that time to publish the revision which included this new species.

"The reason is because 15 years ago when I was studying material in on group of spiders, the genus Dysdera, at the National Museum in Prague, I thought that I was dealing with only one species. But then I put two specimens next to each other and saw that there were some physical differences. The differences were not very large but they were very obvious. And when you have two species, the story is at the beginning.

"You can't ignore previous studies, so you have to go back and exclude that any name which was used before. So I knew that there had been a French arachnologist Eugene Simon who described three species that are relatives to this one. But in the 19th century the descriptions were very brief and usually not useable. That leaves you the option of going into the field, localities where the scientist did his original research and to try and find fresh material. And that's what I did.

"I traveled to the south of France, found the species, but the trouble was that I didn't find only these three species, I found more and I knew that when I cam back to the lab and when I researched the material, I found that there were even more than I realized. I went to the south of France and northern Spain several times and each time I brought newer and newer species back. It was actually very frustrating.

“Confirming this species was a long process involving studying past sources and fellow species in the field.”

"I ended up with a revision of the whole group of spiders that contains 20 species in all, 16 of which are new! And one of these species is the spider which lives in parts of the Czech Republic and which started the whole story. I found that it had really never been described before so I gave it the name Dysdera cechica."

You describe discovering so many different species within the group; was there any point when you were maybe worried that the Czech one had already been catalogued, which would have spoiled the discovery?

"Actually, there was a point when I think I would have been happier if I had found that it already had a name somewhere. You know, when you find that something has already been described there is a feeling that everything is in order. But if you find that every second specimen is new it is kind of frustrating and that is why it took 15 years.

"The process was really long and there were several points when I considered dropping the whole study because it was so time-consuming and I will end up with a single paper! Scientists are usually evaluated according to a high volume of papers so this process, working on a single paper for 15 years wasn't exactly efficient!"

Nevertheless, at least it was worth it in the end! What are some of the specifics, some of the characteristics that are typical of the Czech species?

"First, this is a spider that doesn't make any kind of capturing web for prey. It lives on the ground and in appearance it is brownish-red. It is relatively large, almost 1.5 centimeters, and it very much differs from its relatives in the Mediterranean by the number of chromosomes. That is significant, because it means that the different species can't reproduce with each other, there is of course a genetic barrier between them which is perfect for differentiating between species." 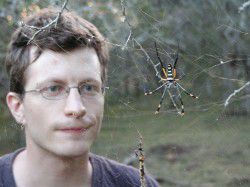 Milan Řezáč, photo: archive of Czech Academy of Sciences I read that one important aspect is that is has something almost like mandibles in insects with which it is able to get at what I guess is its main diet, which is wood louse and also a creature called the Armadillidium aka. the Roly Poly. They are able to get through to their softer underbelly, if I understand it correctly, because on top the louse and the Roly Poly have scaled armor...

"That's right! You know, the mammal armadillo has its name from this creature, because both have the defense strategy of rolling up into a ball to protect it from predators. But back to spiders: the majority of spiders eat whatever they capture but the genus Dysdera to which this new species belongs, is an exception because these spiders specialize on capturing wood lice, a very abundant prey in its habitat, so it is worth specializing in such a source.

"Wood lice and the Roly Poly are actually terrestrial crustaceans with very efficient defense tactics. Some of them cling to the substrate or the others roll into a ball, so they are difficult to grasp. These spiders developed several tactics how to Thido that and this species developed unusually long chelicerae which are concave which enables the spider to tuck below the louse very quickly and bit into the softer side.

"The shape of the chelicerae, which brings to mind mandibles in insects, enables the capturing and because the spider is very fast the wood louse doesn't really have a chance. I call this strategy 'forking' because it resembles how we use forks when eating."

One thing I saw was that the spider lives to fight another day, so to speak, and I am thinking of the male spider after reproduction. Is that common for arachnids? Usually they end up on the dinner plate after the act.

“This spider uses a strategy I called ‘forking’ to get its main prey, the wood louse.”

"Actually, it is relatively uncommon. With most species, the male outnumber the females and all of their energy goes towards reproduction after which they are eaten by the female. But in a few spiders the males live for a long time and have a different strategy: to copulate with as many of females of the species as they can."

The spider dwells mostly in the ground: I read a quote by you somewhere that policy in forestry here is not ideal for the spider as well as other creatures. What is the crux of the problem?

"This actually has historic roots. This spider is nocturnal which means it hunts at night and hides under the day, under stones and so on, it requires some humidity. It can live only in a wooded habitat but at the same time it requires heat. It needs relatively open spaces and some sun and the tradition and trend in Czech forestry has been the opposite. In the ancient past, forests in Central Europe were used by wild grazing animals, herbivores. These went extinct with the arrival of humans but were replaced by domesticated herbivores. At this time, in the Middle Ages, they were allowed to graze in the woods.

"But our queen and king, Empress Maria Theresa, and Joseph II, conducted forestry reform and introduced new rules banning grazing in forests. As a result they grew more and more dense and this process is still continuing. All the animals used to living in open forests, and it was the majority of diversity, grew extinct. And this is the danger for this species as well. Nowadays, many species still need more open woods and although the forests we have are very nice for humans, they are less so for other creatures. The forests continue to be dense, now for commercial reasons, but we are losing a lot of biodiversity as a result. The only way to prevent it is to exclude some forestland from this type of forestry management, limiting tree density."

“Fans of the short name Czechia will appreciate the spider is named Dysdera cechica.”

Thanks your work, this spider has the Latin version of the name Czechia in it. That must be immensely satisfying for you and if I understand correctly it is the first spider, or perhaps creature, to have that designation…

"Yes it is probably the first creature because in the past when scientists wanted to name something after our country they used the name Bohemicus, Bohemica, Bohemicum for the western part of the country and Moravica, Moravicus, Moravicum, for species from the eastern part. But none used the name cechica, cechicus, cechicum. It’s strange because the name goes all the way back to the 16th century. It is not new. So yes, this is the first organism to get this name.

“Incidentally, you may have noticed a bit of political fuss or furor over the new informal short name for the Czech Republic, Česko, Czechia in English. Some people are in favour, others are strongly against. Personally, I like it. It’s short and all European countries have only one-word names while we have two. So yes, I am happy that we have the first organism which has this name." 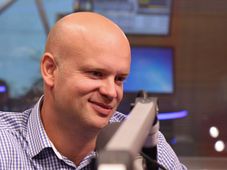 It may not sound as romantic as being struck by Cupid’s arrow, but feelings of love and lust are very much the result of chemical reactions within… 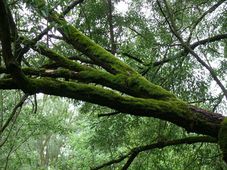 The Moravian Amazon, an area along the lower parts of Morava and Dyje rivers in the southern part of the Czech Republic, is considered…