Ahead of the upcoming tenth anniversary of 9/11 on Sunday, Czech Radio’s Martina Mašková interviewed the US Ambassador to Prague Norman Eisen. In the interview the ambassador is asked about Czech cooperation in the War on Terror, CIA renditions at Czech airports, and al Qaeda. Mr Eisen begins first though by discussing the attacks on that fateful September day, including where he was when the first plane hit. 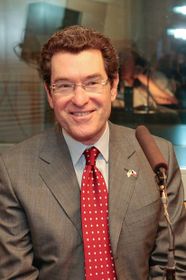 Norman Eisen “I was in my office, on the top floor, in Washington, D.C. and suddenly I heard a commotion in the conference room near my office. And I walked down and saw that some of my colleagues were watching television and they said that a jet had just hit one of the Twin Towers in New York. And I looked and I thought what a terrible accident and watched for a moment and then went back to my office. A few minutes later there was a terrible cry from down the hall and I went back and of course it was the second plane that had hit. And then we knew that it was not an accident. By that time I think that there were also other indications of the seriousness of the situation.

“My first call was to my wife who was at home with our baby daughter, walking distance from the office, and I told her I would come home and be with them. As I walked home, I remember, the streets were full of people all walking, some very far, to also leave. And it was at home in downtown D.C. that my wife and I watched the terrible events of that day: those are my memories of 9/11.”

Do you think that the Bush administration failed to react properly to the attacks?

“No, I don’t think so. I believe that it is also possible to look back in hindsight and that there were maybe specific things that could have been done differently. But I think that on the whole the initial reaction was a good one and a strong one and I personally was a supporter of the engagement in Afghanistan because the United States was attacked and it’s important to respond to an attack.”

According to one study al Qaeda is still trying to recruit American Muslims: how do you explain it? Is it a problem of the Secret Service or one that shows weaknesses of multiculturalism as a whole? 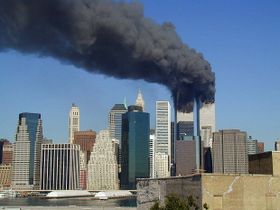 The 9/11 Commission recently said that the country is safer but there is still a need of greater unity of command between various response agencies or that you need a more powerful office of the Director of National Intelligence. Has President Obama considered such reforms?

“The 9/11 Commission report, including the recent update, has been welcomed by the Administration and the Department of Homeland Security’s Secretary Janet Napolitano has blogged about all of the ways that we are implementing ideas there. That’s an on-going process though: it does take time but the D.N.I. post has been created and we are continuing to work on these issues. I think there has – both under Republican and Democratic administrations – been outstanding vigilance at home, in the United States, in keeping us safe and secure and that will continue under the Obama Administration.”

Some US media, especially FOX News, say that 10 years after the attacks there is still no public timetable for the trials of suspects at Guantanamo Bay. Why not? 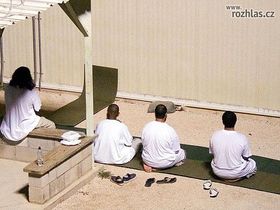 “I was in the White House for two years and was a first-hand observer to the president’s efforts to bring this to closure. These are very difficult – in many cases unprecedented – legal issues. In general, the court cases of those who are accused of terror activity have been to the US Supreme Court a number of times and the United States and the Obama administration is working diligently to bring those to closure. But when you have extraordinary, unusual, important and indeed unprecedented litigation it can sometimes take time to complete.”

The Czech government was suspected of allowing secret transports of Guantanamo detainees through our territory; there was also a suspicion that they were interrogated here. What information do you have as US ambassador?

“I’m not going to comment on those unsubstantiated reports. I will say that in general the Obama administration has a firm commitment to fighting the War on Terror, to doing it consistently with legal norms both in the United States and internationally and I am very pleased that the Czech Republic has been a partner globally. In an open way, for example, I saw... I myself went to Afghanistan and saw how our two nations are working side-by-side within the NATO mission, making great progress not only in fighting the War on Terror but also transformation and reconstruction to rebuild Afghan society so that they can take charge of their own security on the timetable that the president has set forth. I think we have been publically and openly allies in this larger global war on terror and for democracy.”

The flights I mentioned have now been documented: our US correspondent has got a number of documents proving that secret transports with terror suspects passed through Prague in the autumn of 2004. The CIA hired private airlines and gave people on board diplomatic status: so if you have real proof on your hands, what would be your reaction as someone serving the Obama administration? Was it right to do it? 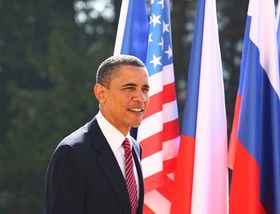 Barack Obama “I am not going to comment on those particular allegations and as a diplomat I think that it’s probably better not to comment on hypothetical questions, ‘what if’ questions...”

Well it seems it isn’t hypothetical anymore: we have proven this, as have a number of media outlets around the world. The documents about the company, the private company that handled the transport, exist. I know that the role of the diplomat is to be ‘diplomatic’ but on the other hand today it is the Obama administration – then it was George W. Bush’s. If this has been proven, was it alright to transport these detainees through the Czech Republic?

“Martina, I am not going to comment on the allegations. It is the ‘If it is proven’ that is the hypothetical part of the question and I am not going to comment on that. I will say, as is publically known, that our two countries have been strong allies in the fight against terror. We are also very good allies in the fight for democracy. There is a much longer list of places and this relates to 9/11 also: one of the lessons that we learned on 9/11 is that a threat to freedom anywhere is a threat to freedom everywhere.

“Who could have imagined that we were about to have a devastating blow to the centre of two great American cities? For that reason we are very proud to work with our partners around the world to promote freedom and democracy because that is the antidote to terror. That’s why we work with the Czech Republic not just in Afghanistan but to fight for democracy to protect allies like Israel. To work against efforts to undermine Iranian sanctions. Or to fight for democracy in places like Burma, Cuba, Belarus, we’re fighting side-by-side. What’s just as important is what we are fighting for: freedom and democracy, free markets, political liberties, civil liberties... that’s just as important as what we are fighting against.” 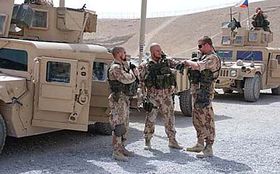 Czech troops in Afghanistan, photo: Czech Army According to the Czech daily Právo you told the Foreign Committee in the US that the Czech Republic is one of the best partners in Europe: could you give me one or two examples of Czech loyalty?

“Yes I will but I will take some liberty with the question because I would say that it’s not a question of Czech loyalty to us, but one of shared partnership: both the United States and the Czech Republic are loyal to a shared idea of democracy and freedom and free markets and we work together as equal partners on that. An example would be Afghanistan: I travelled there with Czech General Picek and General Petraeus and saw how US and Czech troops are working side-by-side, and talked with everyone from ordinary privates all the way up to General Petraeus, the NATO commander, all told me what wonderful partners the Czechs are in that work.” 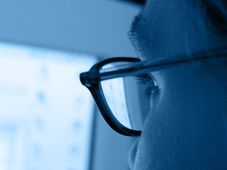 Military intelligence report warns of heightened presence of Chinese and Russian spies, and of Al-Qaeda recruitment efforts on net

This Friday, Czech military intelligence released its annual report, finding (along with the civilian counter-intelligence service… 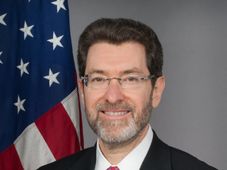 The US ambassador to the Czech Republic, Norman Eisen, is set to leave Prague later this month, after three and a half years in office.…

The United States Senate on Wednesday approved the nomination of Andrew Schapiro as ambassador to Prague. Like the outgoing American…