“Smugglers change their modus operandi all the time to stay a step ahead”, says deputy head of Czech Customs

Vendulka Holá has had nothing less than a remarkable career, working 38 years for the Czech Customs Administration. Today, she is the deputy head of the office, fluent in more than six languages and the recipient this year of the Legion of Honour, France’s highest order of merit. 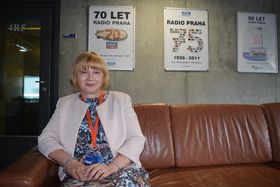 Vendulka Holá, photo: Ondřej Tomšů She has overseen some big changes at customs, including the Czech Republic’s accession to the EU. At 60, she is still handling the job in stride. In our interview we discuss challenges faced by customs officers at present, from international smuggling of weapons and illegal cash to the role of K-9 units.

I began first by asking her about her beginnings with the bureau in the late 1970s.

“After I graduated I worked at what had been a prestigious travel agency, Čedok, but to be honest I didn’t like it much. The atmosphere wasn’t quite what I would have liked. I happened to meet a friend of mine who suggested I get work with the customs office, where there were new jobs and opportunities. He suggested that it would be interesting for me, especially since there was international cooperation involved. I ended up getting a job and have now been with customs for 38 years!”

So your friend was right.

“In principle, he was right that there was a better atmosphere. But this was still under communism. Because I wasn’t a party member, I couldn’t work in the international section.

“Smugglers change their modus operandi all the time. They are always a step ahead and are flexible, making them difficult to catch.”

Was there pressure on you to join?

“There was pressure to join but at the same time I had an undesirable background for them so on that level at least I was regarded as a ‘suspicious person’.

“I ended up in the Training Dept. and I was very happy there. It allowed me the chance to teach customs and economic policy, as well as languages. In the end, they allowed me to teach even those. So I worked in that role until I got married and had a child and then my husband was offered the chance to work in Algeria. We moved and ended up living there for five years.”

Your husband, a paediatrician, got the chance to work at a new hospital there? Was it a difficult decision to go?

“No. I am an adventurous person who loves to travel but was not allowed to. So it was an opportunity to experience another country I otherwise would not get to see. It was an ideal opportunity. Incidentally, before going my husband had to pass an exam in French, as a precondition. I was at home with our son so I taught him French. He described it as the worst period of his life because if he didn’t study, he didn’t get dinner! But he passed and was one of only 20 who did in the exam.”

You are a true polyglot: you speak at least seven languages. How many languages did you speak then? 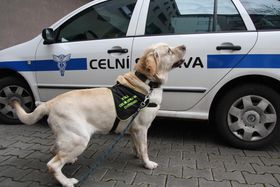 And in Algeria I guess it was mostly French… did you also pick up any Arabic?

“Yes, I did. There were markets or places where they didn’t speak French so I had to speak. When we moved back to Czechoslovakia, I hoped to take lessons but wasn’t able to for time reasons. So learning Arabic is a project I have lined up for when I retire.”

When you look back at your time in Algeria, when you close your eyes, what do you see?

“I imagine the beauty of the countryside. The beaches in Algeria are described as the most beautiful in the whole Maghreb. They had beautiful historic monuments. I don’t know what the situation is now but they had Roman ruins such as in Timgad, which were very beautiful although I don’t know what state they are in now. There is Tassili which has an incredible moon-like landscape and desert. It is fascinating – the country had everything: beautiful mountains, beaches and desert. The security situation now means we haven’t been back but it is our family’s dream to return one day to see again the places we used to know.”

You and your family returned to Czechoslovakia a few months before the Velvet Revolution. You began again at the Czech Customs Administration and finally moved to the international section. Big changes were ahead as the country returned to a democratic system and later as it prepared to join the European Union…

“One of our top priorities is the Convention on International Trade in Endangered Species of Wild Fauna and Flora.”

“It was a bit of a nightmare! I was personally responsible for all of the steps ahead of accession to the EU. I was the negotiator to the European Commission, which meant taking a lot of decisions and being available on the phone around the clock. I had to get the Customs Administration ready and that mean covering a lot of different issues.

“You have the customs union, tariffs, an IT system which must be up and running on day one. I was waking up at 2 am with fears that something would go wrong. That the Customs Administration would be blamed for us not being able to join and so on; it was a very complicated time, new systems, new legislation, not easy at all.

“In the end, things went very smoothly on our end but by the time of accession I was completed exhausted. It was a lot to carry on one’s shoulders.”

Customs bring to mind tariffs, excise taxes, tax fraud, counterfeit brand-name products and of course, first and foremost, smuggling. There are all manner of items smuggled by organised crime: illegal synthetic and hard drugs, rare wildlife, poached items, weapons, hazardous substances. My question is, with many advances in technology such as face recognition and other narrow AI software has the job become any easier to uncover smugglers? 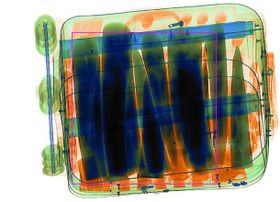 Photo: archive of Czech Customs Administration “No. They change the modus operandi all the time and are very flexible. They change up very quickly and often their technology is better than ours. Things are very complicated and we are always behind. There are improvements: we have a special unit now looking into cybercrime. We are focussing on CITES (the Convention on International Trade in Endangered Species of Wild Fauna and Flora) and had a big case in 2012. There is a trend to smuggle rhino horns and we made a big seizure which was worth 100 million crowns.

“The price of rhino horns is enormous going up as high as two hundred thousand euros, In Asia, there are many people who believe that the horn can be used to treat cancer. Analysis has shown this is not true but the idea persists. In powder form a kilo of the horn costs twice as much as a kilo of cocaine or gold. They buy it for crazy prices and this is a major problem which we have to tackle. Another major problem is the smuggling of cash, cash for terrorist cells.”

An important aspect of tackling smuggling is the use of K-9 units, sniffer dogs; I was surprised to read about the wide range of materials they are able to uncover. Drugs are an obvious one.

“When it comes to K-9s we are the best in Europe and among the best in the world. There is an exceptionally wide range of commodities our dogs are able to uncover. Our training centre in Heřmanice was granted its regional training centre status by the WCO, the World Customs Organisation, in 2005.

“We began with drugs, but then, following the tainted alcohol scandal, focussed on training dogs to find large volumes of alcohol, sometimes hidden below ground, under buildings. This is illegally produced alcohol which can kill you. We would never have found some of the alcohol but the dog did. More recently, we are training dogs to be able to find hidden money. Using the dogs we were able to make a seizure of one million euros and dollars.”

When you make a bust, what success rate do you work with? How much is getting through?

“It depends and in most case it is difficult to estimate. If you are talking about synthetic drugs you can estimate that production is around 12 thousand kilos. Recently, we made an important seizure of around eight kilos of methamphetamine. So if we seize around 10 percent of production that is very successful, because there is no way to seize it all.”

When you do have a successful bust, it must be very rewarding. But as you said the beginning, this is a field where you are always a couple steps behind organised crime.

“We have to be honest. We have to admit that we are behind. We have not as many means and their profits are enormous.”

You are the deputy head of Czech Customs: this is not the kind of job you can leave at your desk and go home. At what point do you shut the world out? If you do. 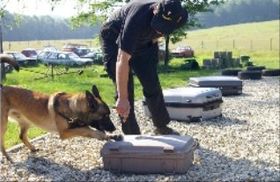 Photo: archive of Czech Customs Administration “My husband would tell you that never ever. Technology is very highly developed and I get all my emails to my phone. Even on vacation, I have to check them and communicate with everyone even when I am away. That’s the job. Doctors say it is unhealthy but there is no other way.

“There is an exception: we have a cottage in Kersko, near Prague, and that is when I forget my mobile: when I am in the garden or in nature or running, or skiing in the winter – that helps. I like being in nature and you need to let go because otherwise you would go crazy. You are always under pressure.” 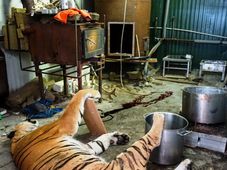 A fresh-killed tiger, tiger skins and pelts of other big cats, as well as frozen bodies of various protected animal species were discovered… 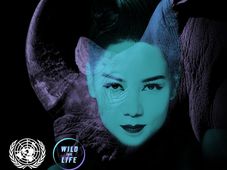 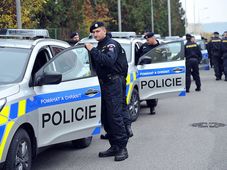