In Sports News: the Czech Republic will face Norway in the football World Cup play-offs, while former captain Pavel Nedved surprises many by saying he is available for the two games; Sparta Prague get off to a winning start under new manager Stanislav Griga; Slavia ice hockey club lose for the first time this season; and Nicole Vaidisova climbs to 17th in tennis's world rankings after taking three WTA titles in as many weeks.

Czechs to play Norway for place in World Cup finals

Friday's draw for the football World Cup play-offs has pitted the Czech Republic against Norway. The tie takes place over two legs in mid-November, with the first game away. Czech manager Karel Bruckner says the fact the second match is at home is an advantage, but defender Tomas Ujfalusi says he's not so sure.

"It could be an advantage, it could be a disadvantage, but either way I'm convinced we won't lose in Norway. We'll get a good result which will set us up for the second leg. And I think the fans will come and cheer us on, and the atmosphere will be better than against Holland at home."

The Czech Republic's chances of reaching next year's World Cup in Germany have been given a major boost with the news that former captain Pavel Nedved has made himself available for the two play-off games. Strangely, Nedved claims not to have considered whether he would actually play in the World Cup itself.

Sparta Prague off to winning start under new manager Griga 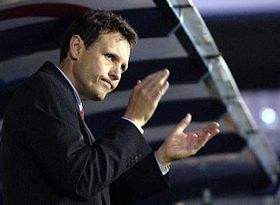 Stanislav Griga, photo: CTK In the Czech league, Sparta Prague got off to a winning start under new manager Stanislav Griga, beating Blsany 5:2 on Saturday. Griga, a Slovak who was a star player for Sparta, had this to say after the game.

"Of course I'm satisfied with the result, and with the fact that we handled the pressure on us before the match. The team attacked well, we got two quick goals and that calmed the boys down. In fact they were so euphoric that we had some problems in defence."

Sparta will have to try to plug those gaps at the back before the visit of English Premiership side Arsenal for a Champions League tie on Tuesday night. And next weekend they have another big test - a trip up the road to face city rivals Slavia. 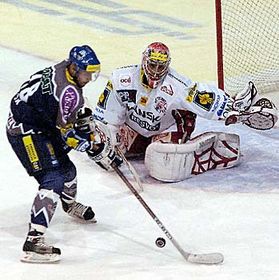 Slavia Prague - Kladno, photo: CTK Slavia Prague ice hockey club, meanwhile, have been beaten for the first time this season, losing 4:2 to Kladno on Sunday. That result follows a remarkable run which saw them undefeated for 14 games on the trot. Slavia forward Tomas Vlasak says it couldn't have lasted forever.

"Of course we knew it'd happen some time. Things started going wrong when we conceded a goal during our own power play. Basically, Kladno were better in at least two of the three periods. They played more aggressive and faster hockey and established a lead which they held on to until full-time." 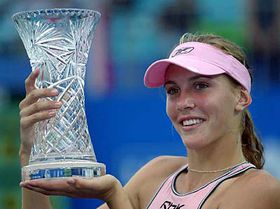 Nicole Vaidisova, photo: CTK What a remarkable spell the Czech women's tennis number Nicole Vaidisova is having at the moment: on Sunday she continued her great run in the final of the Thailand Open, beating top seed Nadia Petrova of Russia 6-1 6-7 7-5. That's Vaidisova's third title in as many weeks, after success in the Korea and Japan Opens. The 16-year-old has now climbed to 17 in the world rankings.