Jakub Janda, photo: CTK Czech ski jumper Jakub Janda won the overall season World Cup title over the weekend during the final two events in Planica, Slovenia. Twenty-eighth place during Saturday's ski flying competition was enough to sew up the title for Janda, who finished 16 points ahead of second-place Janne Ahonen in the overall world rankings. Janda becomes the first Czech skier to win an overall World Cup title in an Olympic event since the advent of the World Cup 27 years ago. En route to the title, Janda also won the prestigious Four Hills Tournament, but had a disappointing showing at the Olympics. When reflecting on this past season, Janda had this to say:

"I'm happy that this was a successful season. It's every jumper's dream to win the Four Hills Tournament and the overall World Cup. Of course the Olympic Games are also important. But at the Olympics, I wasn't in it and no matter what we did, I couldn't find my form," Janda said.

Czech mogul skier Nikola Sudova won the World Cup season finale in Apex, Canada. The win, the second in Sudova's career, came on her 24th birthday. She finished ahead of World Cup and Olympic champion Jennifer Heil, who came in second on home soil. Sudova finished fourth in the overall World Cup standings. Michal Novotny, photo: CTK Another World Cup win came from snowboarder Michal Novotny, who won the snowboardcross finale in Furano, Japan. Novotny's previous best finish came in 2004 when he finished seventh and his best performance this year was only 13th at the Turin games. All of the top competitors were present for the race, with the exception of World Cup and Olympic Champion Seth Wescott from the United States. But even with the win, Novotny finished in 24th place in the overall standings. Sparta Prague - Hame Zlin, photo: CTK In the Czech ice hockey Extraliga, Slavia Prague gave Trinec no chance in their opening round playoff series, sweeping the tilt four games to zero. Regular season champions Liberec find themselves in a hole to eighth-seeded Ceske Budejovice after four games of their series. Newly promoted Ceske Budejovice went up on the league leaders 3-0 before Liberec was able to pull one game back. Sparta Prague is tied 2-2with Zlin after four games, as is the case with Vitkovice and Znojmo. 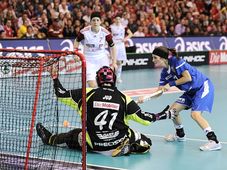 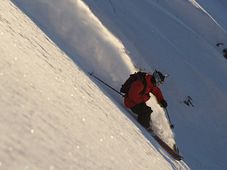 Earlier this month four professional Czech skiers set out for the trip of a lifetime: skiing some of the steepest peaks in the world… 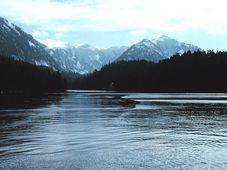 The professional ski season has drawn to a close but four Czech athletes, including the Czech ski cross champion Tomáš Kraus, aren’t…