After best season yet, Vaidisova not upset at missing top-eight tournament

The Czech women's tennis number one Nicole Vaidisova is currently in Prague and has been looking back on her most successful year to date. Vaidisova, still only 17, has now climbed to tenth in the world rankings. That means she misses out on the season-closing WTA Tour Championship, which features the top eight players in the world. But Nicole Vaidisova is not too disappointed about missing out on the tournament, which begins in Madrid on Tuesday.

"There were moments when I could have played better this season, but then there were also moments when I could have played worse. But I'm satisfied that I made it into the world top ten...I don't have any particular targets for next season. I just want to keep getting through rounds and rise in the rankings. But it's more about my performances at tournaments than where I am in the rankings."

The leading Czech men's player, Tomas Berdych, has just slipped out of the world top ten. After being knocked out in the quarter finals of the Paris Masters, he is now ranked 13th. 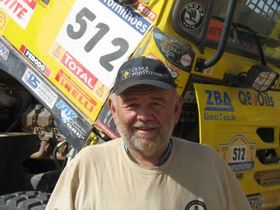 Karel Loprais The great Czech driver Karel Loprais says he will not be taking part in next year's Dakar Rally. Loprais, who has won the truck category six times, is being forced to sit out January's race because of back problems, the result of crashes in previous rallies. Now 57, he says he does not know if he will return to the race next year or in the more distance future. But their will be one member of the family in the 2007 Dakar Rally: Karel Loprais's nephew Ales plans to take part.

Elite football trainers including Lippi, Domenech in Prague for conference

Some of the world's most famous football managers are here in Prague at the moment for a large international conference. Among those taking part in the Union of European Football Trainers meeting are Marcello Lippi, who led Italy to victory in the summer's World Cup, and Raymond Domenech, the manager of runners-up France. 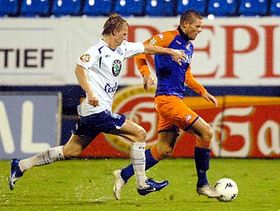 Mlada Boleslav - Ostrava, photo: CTK In the Czech football league, it's all going pear-shaped for Mlada Boleslav. After leading the table, the club are now in third place after losing three games on the trot, the latest 2:0 away to Ostrava. (The top two teams Liberec and Sparta Prague were due to meet in the biggest game of the round after the recording of this programme.)

Slavia players in spotlight after "death to Sparta" chant

Off the field, questions have been asked about what counts as acceptable rivalry after Slavia Prague players were heard chanting 'Smrt Sparte', death to Sparta, following a game last week.