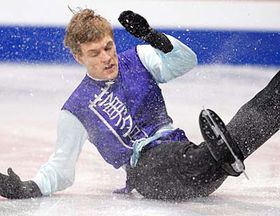 Tomáš Verner, photo: CTK Tomáš Verner’s appearance in the free-skating round of the World Championship in Gothenburg on Friday was awaited with great anticipation. The 21-year-old skater came fourth after the short programme, just a few points behind the leaders. In the second round, Verner skated to the music of the Oscar-winning epic “Crouching Tiger, Hidden Dragon”, a performance which earned him a European figure skating title in January. But this time he clearly felt the pressure and made a number of technical mistakes, slumping to 15th place overall with a final score of just 191 points. The winning Jeffrey Buttle of Canada secured gold with 245 points; defending champion Brian Joubert of France came 2nd and America’s Johnny Weir finished 3rd. 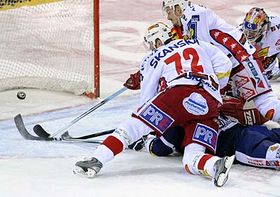 Liberec - Slavia, photo: CTK The Easter weekend was a great one for the fans of the hockey team Liberec. They saw their team score seven goals to beat Slavia in two games in a row. Liberec and Slavia are currently neck and neck with two games each in the ice-hockey Extraliga play-offs, while České Budějovice lead by two games to nothing over Karlovy Vary in their series.

The Czech national football team will play their last friendly ahead of Euro 2008 against Scotland in Prague on 30 May, the team’s technical manager Jaroslav Dudl announced on Monday. The team was originally supposed to play against Belgium, but the Belgian players will be preparing for the Men’s Olympic Football Tournament in Beijing. As part of the deal, the Czechs will play a return match against Scotland in March 2010. 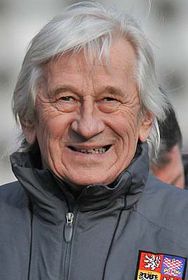 Karel Bruckner, photo: CTK The coach of the Czech national football team Karel Bruckner announced last week he will resign as head coach after the European Championship in Austria and Switzerland this summer. Mr Bruckner has been with the team for more than six years and led the Czech team to one of its greatest successes, coming 3rd at Euro 2004 in Portugal. Bruckner began his coaching career with Olomouc, a club he had played for since 1957. “After 34 years of coaching I have decided on a different lifestyle,” the 68-year old explained. Awaiting him and the Czech squad in June is the Group A, in which they are up against co-hosts Switzerland, as well as Portugal and Turkey. 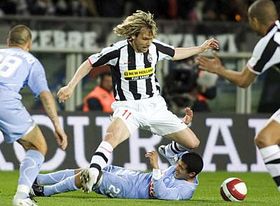 Pavel Nedvěd, photo: CTK Pavel Nedvěd is considering coming out of international retirement to play for the Czech Republic at Euro 2008. The veteran Juventus midfielder made his last international appearance in a friendly against Serbia in August 2006. However, the 35-yer-old has admitted he was tempted by the prospect of playing for his country in Austria and Switzerland this summer. “Every now and then I think about playing for the Czech Republic again,” he told the newspaper Sport. “However, it is a different side now without Vladimír Šmicer and Karel Poborský and I am not sure that I would be able to help,” he added.