Štěpánek exit in third round ends Czech participation in US Open 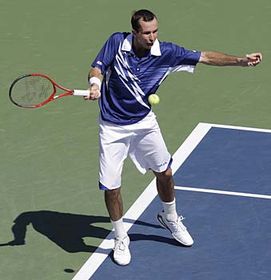 Radek Štěpánek, photo: CTK Radek Štěpánek has been knocked out in the third round of tennis’s US Open by Switzerland’s Roger Federer. The world number two got revenge for defeat at the hands of Štěpánek in Rome earlier this year, with a 6-3 6-3 6-2 victory over the Czech. Radek Štěpánek had this to say after Sunday’s defeat: 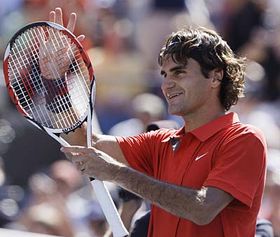 Roger Federer, photo: CTK “Federer had me under control for the whole game today, he was better. I made a lot of mistakes. I didn’t help myself with my serve and I think that was the main difference between us. There were moments when I served well and moments when I served badly, but if you want to take on a player of his calibre your performance has to be consistent for the whole match.”

The US Open went rather poorly for the Czech Republic, with Tomáš Berdych and Lucie Šafářová going out in the very first round, and Nicole Vaidišová not making it past the second. Štěpánek was the only Czech singles player to even reach the third round. In fact, the furthest any Czech went at any of this year’s Grand Slam tournaments was when Vaidišová reached the quarter-finals at Wimbledon.

Sparta remain in front after win over Viktoria Žižkov 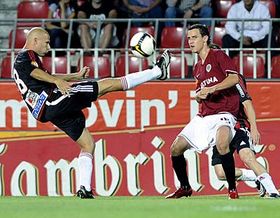 Sparta Prague - Viktoria Žižkov, photo: CTK Sparta Prague remain three points in front in the Czech football league after a 2:0 win over Viktoria Žižkov at the weekend. Meanwhile, second placed Brno beat Bohemians Praha 2:1 at Žižkov’s Prague 3 stadium; Bohemians, who are in the top flight for the first time, are using the ground as their own does not meet league standards.

In Europe, meanwhile, Sparta have drawn Dinamo Zagreb in the first round of the UEFA Cup, while Slavia Prague play Romania’s Vaslui and Baník Ostrava face CSKA Moscow. Milan Baroš, photo: CTK Czech international striker Milan Baroš made his first appearance for Galatasaray on Sunday, coming on as a substitute towards the end of a Turkish league game. Many in the Czech Republic will be hoping Baroš, who is 26, will be able to revive his stuttering career – and start scoring goals again – at the Turkish club. 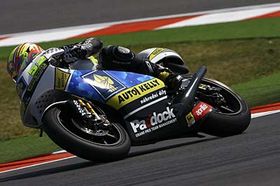 Lukáš Pešek, photo: CTK Lukáš Pešek notched up his best finish since moving up to the 250 CC category when he came ninth in the San Marino MotoGP on Sunday. Another Czech rider, Karel Abrahám, finished one place behind him.