Perfect start to season – and third title – for Štěpánek 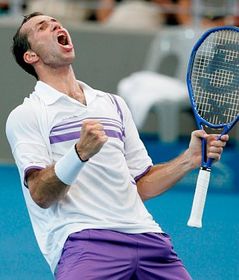 Radek Štěpánek, photo: CTK The Czech Republic’s Radek Štěpánek has got off to the perfect start to the season, winning his first tournament of 2009, the Brisbane International. The 30-year-old, seeded eighth, came from behind to beat Spain’s Fernando Verdasco 3-6 6-3 6-4 in Sunday’s final, a win that gave Štěpánek the third ATP title of his career. The world number 23 shared his thoughts with Czech Television:

“I couldn’t feel any better, there’s nothing better than winning a tournament. I really enjoyed every match. I won the last three matches with 6:4 in the final set – they were all great battles. I’m glad I managed to keep it up until the end of the tournament, and lift the trophy.”

After four years Vaidišová no longer Czech number one

Štěpánek’s girlfriend Nicole Vaidišová is, after nearly four years at the top, no longer the Czech women’s number one. After defeat in the second round at the ASB Classic in Auckland last week, the 19-year-old is now ranked 51st – a long fall from being seventh in the world in May 2007. Czechs Iveta Benešová and Petra Kvitová are both now above Vaidišová in the rankings. Barbora Špotáková, photo: CTK Barbora Špotáková was named Czech sportsperson of the year on Saturday night – the third time in a row the club of sports journalists have given the award to a woman. Špotáková took gold in the javelin at the Olympics and set a new world record in a season that saw her defeated only twice. She finished ahead of shooter Kateřina Emmons, who also took Olympic gold, and skier Lukáš Bauer. 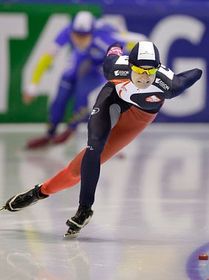 Martina Sáblíková, photo: CTK Last year’s Czech sportsperson of the year, speed skater Martina Sáblíková, was in action at the weekend’s European Championship in Holland’s Heerenveen. Sáblíková looked like missing out on the medals, but put in a brilliant performance in the last event of the weekend, the 5000m, overcoming a 12-second deficit on Paulien van Deutekom to take bronze. 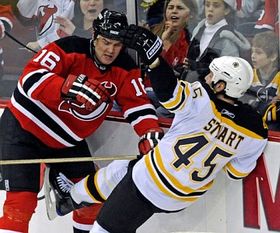 Robert Holík (left), photo: CTK Robert Holík has broken Jaromír Jágr’s Czech record for the number of games played in ice hockey’s NHL. The New Jersey centre, who is 38, played his 1274th game on Friday, a 4:0 defeat to Atlanta. However, Jágr could yet retake that record: the most successful Czech in the history of the league told the newspaper Sport that he might return to the NHL from Russia, where he is playing for Omsk.