In Sports News this Monday: Czech speed skater Martina Sáblíková cements her lead in the World Cup standings and takes gold as part of the Czech team in the World Cup Team Pursuit; Zdeněk Štybar has mixed feelings about coming second in the Cyclocross World Championships two years in a row; and Jaromír Jágr disappoints Czech ice hockey fans by pulling out of the squad for the Swedish Games due to illness; Czech football league leaders Slavia Prague lose another key player; and Radoslav Kováč joins West Ham on loan. 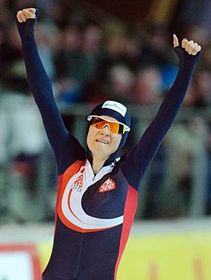 Martina Sáblíková, photo: CTK The Czech speed skater Martina Sáblíková had a most successful weekend. On Saturday the 22-year-old came first in the 3,000 metres in a World Cup event in Germany’s Erfurt, with her best time of the season and a new course record cementing her overall lead in the competition. That success was followed by a gold medal in the Team Pursuit World Cup for a Czech team made up of Sáblíková, Andrea Jirků and Karolína Erbanová. It was the first time the Czech women’s team had ever won that event, which came to a climax on Sunday. Here’s the team’s coach Petr Novák:

“It’s a surprise. Let’s not call it a sensation, because let me say right now that this Czech team has a chance of winning a medal at the Olympic Games. They’ve set a Czech record and today they won the World Cup, they won it overall and nobody can take that away from us. I’m happy.” 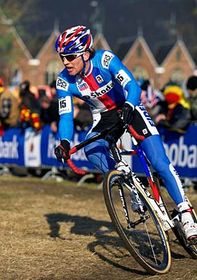 Zdeněk Štybar, photo: CTK Zdeněk Štybar came second at this year’s Cyclocross World Championships in Holland’s Hoogerheide on Sunday. The Czech, who is 23, also took silver in the competition last year, and was rather philosophical about his result this time out:

“There is a huge difference between coming second and becoming world champion…On one hand, I’m disappointed about it. On the other, I’m really happy for my fans and for my team, who look after me.”

Bad news for fans as Jágr pulls out of Czech squad

There was bad news for Czech ice hockey fans at the weekend, when Jaromír Jágr announced he would have to pull out of the Czech squad for the Swedish Games due to illness. The first game is being held here in Prague on Thursday before the competition moves on to Stockholm, and tickets for the 02 Arena sold out quickly when it was announced Jágr was going to play in his first international tournament since 2006. The organisers say they will not give disappointed fans their money back, with one official comparing the star’s pull-out to an act of God.

With less than three weeks before the Czech football season resumes after the winter break, league leaders Slavia Prague have lost another of their best players. After striker Tomáš Necid left for CSKA Moscow and full-back Matej Krajčík joined Italy’s Reggina, Slavia sold holding midfielder Mickael Tavares to Hamburg at the weekend. The club said they could not stand in the way of such an opportunity for the Frenchman. 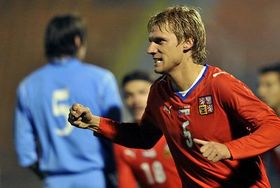 Radoslav Kováč, photo: CTK Czech international Radoslav Kováč has joined West Ham on a six-month loan deal from Spartak Moscow. Kováč, who is 29 and can play either in central defence or midfield, will not be lost for Czech conversation at the Premier League club. Jan Laštůvka and Milan Štěch are reserve goalkeepers at West Ham, where the goalkeeping coach is former international Luděk Mikloško. Indeed, Mikloško’s teacher wife is going to be giving Kováč English lessons.