The fastest man the world has ever seen is currently in the Czech Republic. Yes, Jamaican sprinter Usain Bolt is here for the Zlatá Tetra or Golden Spike in Ostrava, one of the country’s biggest athletics meeting. In fact, the triple Olympic champion has described the Golden Spike as one of his favourite events. Bolt has previously performed twice in the 200 metres in Ostrava; on Wednesday he will take part in the 100 metres.

Among the other athletics stars set to appear at the Golden Spike are America’s Michelle Perry in the 100 m hurdles, Dayron Robles from Cuba in the 110 m hurdles, Croatian high jumper Blanka Vlasic and Ethiopian long distance runner Dire Tune, who last year set the world one-hour record in Ostrava with a distance of 18.517 km. Home fans will also be able to cheer on the Czech javelin star Barbora Špotáková, who last year took Olympic gold and set a new world record. 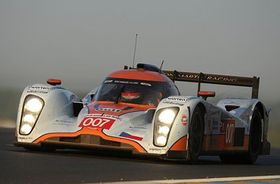 Photo: CTK Czech drivers Tomáš Enge and Jan Charouz, alongside Germany’s Stefan Muecke, finished fourth in the world famous Le Mans 24-hour race on Sunday. The Aston Martin Racing Eastern Europe team was the highest placed among competitors without diesel engines, and Enge said they had known in advance they could not compete with the diesel cars. Nevertheless, the Liberec-born driver said fourth place in the 77th Le Mans 24-hour was almost as good as a win. 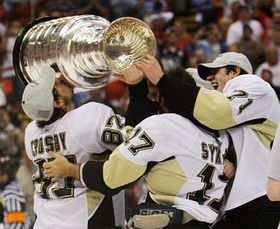 Photo: CTK The Czech ice hockey wing Petr Sýkora has been enjoying the second Stanley Cup triumph of his career, after the Pittsburgh Penguins beat Detroit Red Wings on Friday to take the playoffs’ in game seven of the final series. Sýkora had been dropped by the Penguins for over a month when he was picked for game six. However, he only lasted a few minutes on the ice after breaking his foot when he dove to block a shot. Nevertheless, that didn’t stop him from taking part in the celebrations that followed Friday’s victory. Sýkora, who is 32, becomes a free agent on July 1 and there seems to be a good chance he will leave Penguins. 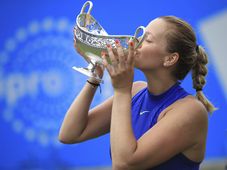 In Sports News this Monday: Kvitová takes title in Birmingham to continue impressive return; Czechs disappointed to exit European U21… 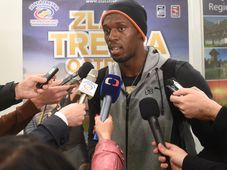 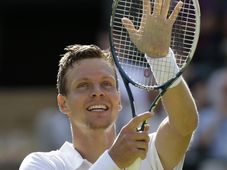