In Sports News: Respected football coach and former player Ivan Hašek is given a broad mandate as the new chairman of Czech FA; Czech tennis players Tomáš Berdych and Radek Štepánek make it to the 4th round at Wimbledon; In hockey, only three Czechs are chosen in the 2009 NHL draft; and Ondřej Polivka wins the modern pentathlon at the European Championships in Germany. 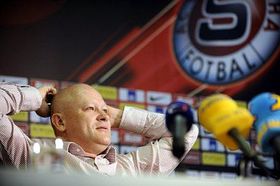 Ivan Hašek, photo: CTK A “revolution” in Czech football is how many observers are seeing the election of former Sparta midfielder and highly-respected coach Ivan Hašek as the new chairman of the Czech FA. On Saturday delegates from the Czech and Moravian chambers voted overwhelmingly in his favour over the only other contender for the post, Luděk Vinš. Key Hašek associates were also elected to top posts, giving the new chairman plenty of room to manoeuvre. Mr Hašek, who has promised change, will now have to tackle key questions, including finding a new head coach for the national football team. The team has been in the doldrums in qualification for the 2010 World Cup and Mr Hašek has made no secret he would like to see the league-winning Slavia coach Karel Jarolím succeed František Straka. It is obvious, though, that the team faces an uphill struggle - needing to win four matches to retain any chance of reaching the World Cup. Mr Hašek made clear at the weekend that focussing all efforts on qualification will be a top priority.

Berdych, Štepánek in 4th round at Wimbledon 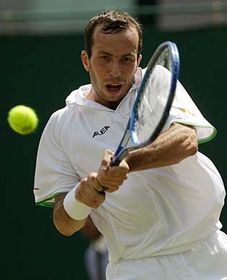 Radek Štěpánek, photo: CTK Czech tennis players Tomáš Berdych and Radek Štepánek are in the fourth round at Wimbledon. Both players compete later on Monday – Štepánek against Australia’s Leyton Hewitt and Berdych against 6th-seeded American player Andy Roddick. Both matches take place after the recording of this programme. To make it to the final 16, Radek Štepánek had to win a difficult five-setter against Spaniard David Ferrer. Down by two sets, he nevertheless kept at it, fighting his way back into the match:

“I never lost confidence that I could win and I wanted to win after having made it this far. I think I served really well in the 5th set and the last two balls were almost miracles, which proved decisive.”

Meanwhile, Tomáš Berdych made quick work of Russia’s Davydenko in straight sets to also advance. If both Czechs prove lucky in the 4th round on Monday, they’ll face each other in the quarterfinals.

In hockey, only three Czech players were chosen in the 2009 NHL draft, reflecting a continued drop in interest in Czech talent in recent years. Draft picks of Czech players peaked in 2001 at 31, but have gradually fallen since. Andrej Nestrašil was 75th overall and was picked up in the 3rd round by the Detroit Red Wings, while Roman Horák and Tomáš Vincour had to wait until the fifth round before being taken. Observers say that the chances they’ll be able to break though in the NHL are less than optimal. Critics at home, meanwhile, contend that many young Czech players simply aren’t taking hockey seriously enough – saying that the sport has become secondary to other interests. Others argue that the country is missing a rise of real talent, criticising the junior league, for example, of having too many teams and too few quality players.

Ondřej Polívka, photo: CTK On Sunday, Ondřej Polívka won the European Championships in the modern pentathlon in Leipzig, Germany. The 21-year-old Czech took gold in his first ever appearance in the European Championship’s individual event. It’s the second gold medal for the Czech Republic in the modern pentathlon in seven years.