In Sports News: former world champion Šárka Záhrobská comes fifth in a slalom World Cup event in Zagreb; Lukáš Bauer does well in the Tour de Ski’s 15 km classic, but is left frustrated after an unusually poor showing in the sprint; and Czech driver Tomáš Tomeček is forced to pull out of the Dakar Rally after his Tatra truck crashes in the opening stage. 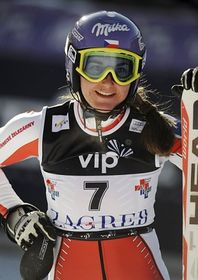 Šárka Záhrobská, photo: CTK The Czech skier Šárka Záhrobská has been enjoying a run of good form that could see her challenge for a medal in the slalom at the Winter Olympics next month. The former world champion came fifth in a World Cup event in Croatia’s Zagreb on Sunday; following a previous win in Aspen, it was Záhrobská’s best result of the season to date.

“Both legs went pretty well from my point of view. The second round was definitely more difficult, as the track was broken up by then…but like I say, I felt pretty good during both legs. Of course, I know where improvements could be made, but at the end of the day fifth place is really good from my point of view.” 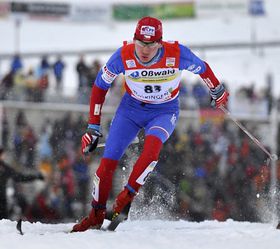 Lukáš Bauer, photo: CTK In cross country skiing, after an impressive fourth place in the 15 km classic in the Tour de Ski, the Czech Republic’s Lukáš Bauer didn’t do too well in Sunday’s classic sprint in Germany’s Oberhof. The sprint is not Bauer’s forte, but even still he had hoped to make the top 30 and was left frustrated when he finished in 43rd place. That result meant the Czech tumbled in the overall standings from fourth to 14th. The fourth stage of the Tour de Ski was due to be held here at Prague’s Strahov on Monday evening, after the recording of our programme. 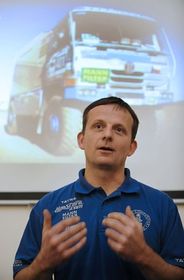 Tomáš Tomeček, photo: CTK The 2010 Dakar Rally has been an experience to forget for Tomáš Tomeček. The Letka Racing driver’s Tatra truck was involved in a crash in the opening stage on Saturday; not only did he not complete the stage after hitting a rock, he was forced to pull out of the famous race entirely. In an interview for the newspaper Sport, Tomeček said that after 15 or 20 years of taking part in the Dakar Rally he was thinking about calling it a day. 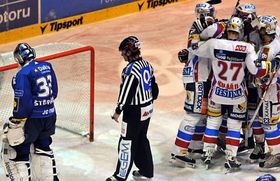 Pardubice - Vítkovice, photo: CTK The Czech junior team beat Latvia 10:2 at ice hockey’s Under 20 World Championships in Canada at the weekend to save themselves from possible relegation to Division 1. There will only be pride to play for when the Czechs take on Slovakia on Monday night in a game to decide seventh place. And in the 37th round of the Czech Extraliga, Pardubice notched up a remarkable 10:3 victory over Vítkovice on Sunday. Slavia Prague’s crisis continued, meanwhile, as they lost 4:2 to Liberec; it was their sixth straight defeat.