In Sports News this Monday: Martina Sáblíková takes the all-round title at the European Speedskating Championships; Lukáš Bauer wins the Tour de Ski for the second time, after a strong performance in the final stage; Nikola Sudová comes third in the women’s moguls in the Freestyle Skiing World Cup in Calgary; and Radek Štěpánek is beaten in the final of tennis’s Brisbane International. 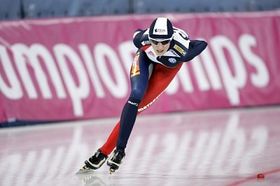 Martina Sáblíková, photo: CTK It was an excellent weekend for Czech sport, with great victories for skater Martina Sáblíková and skier Lukáš Bauer. The former confirmed her status as favourite to win gold in the 3,000 m and 5,000 m at next month’s Winter Olympics by taking the all-round title at the European Speedskating Championships in Norway’s Hamar. The world champion was trailing Ireen Wust of the Netherlands going into the 5000 m on Sunday but dominated her favourite event, winning in a time of six minutes 59.44 seconds. Speaking after her latest success, Martina Sáblíková had this to say about her prospects of repeating it in Vancouver.

“I think I’m in good form. We still have our final preparations in front of us, and I believe my trainer will have everything planned out so perfectly that my form improves and peaks at the Olympics…we’ll see how it goes.” 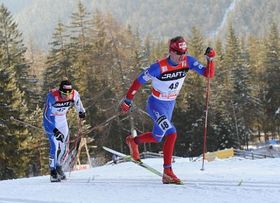 Lukáš Bauer (right), photo: CTK Cross country skier Lukáš Bauer won the Tour de Ski on Sunday, repeating his first victory in the competition two years ago. The Czech had won the 20-kilometre classic on Saturday, but was still trailing Norway’s Petter Northug going into the eighth and final race at Italy’s Alpe Cermis, the 10-kilometre pursuit. In the end, Bauer had to call on all his reserves of stamina to pass his rival on the final ascent, finishing in a combined time of four hours 13 minutes 10.6 seconds.

“This weekend was simply sensational from my point of view. All I was aiming for was to try and finish first. Both times I competed against Petter Northug in the Tour before he lost ground to me in the final race…I said before the Tour that I have no fear of the final stage.” 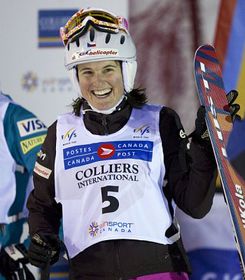 Nikola Sudová, photo: CTK Another Vancouver-bound Czech on the podium at the weekend was Nikola Sudová, who came third in the women’s moguls in the Freestyle Skiing World Cup in Calgary. Meanwhile, Tomáš Kraus was third in a ski cross World Cup event in France’s Les Contamines, the first time he has finished in a medal-winning position this season. 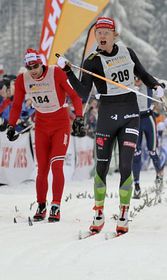 The Czech men’s tennis number one Radek Štěpánek, last year’s winner of the Brisbane International, was beaten in the final this time out by Andy Roddick. The American won 7-6 7-6, that despite the fact that Štěpánek had fought back from 4-0 down to take a 6-5 lead in the second set. Sunday’s result saw the Czech slip from 12th to 13th in the world rankings.