2010 Winter Olympics most successful ever for Czechs 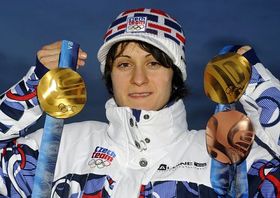 Martina Sáblíková, photo: CTK The 2010 Winter Olympics, which have just ended in Vancouver, were the most successful in history for the Czech Republic, whose athletes are bringing home six medals. Czechoslovakia took the same number in Sarajevo in 1984, but the crucial difference is that this time the tally includes gold. In fact, speed skater Martina Sáblíková took two gold medals, becoming the first ever Czech to top the podium twice at one Winter Olympics. She also earned a bronze medal, as did cross-country skier Lukáš Bauer, the men’s cross country relay team (which included Bauer), and downhill skier Šárka Záhrobská. Záhrobská was the last Czech medallist after the 25-year-old came third in the slalom on Friday to reach the podium at the Olympics for the first time. 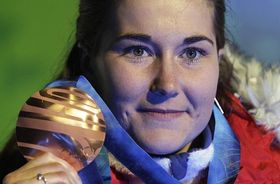 Šárka Záhrobská, photo: CTK “Of course I’m extremely happy…What’s more the weather here wasn’t so good, especially at the start of the Olympics, and the conditions today weren’t particularly great either. So I’m very happy that I managed to take the bronze.” 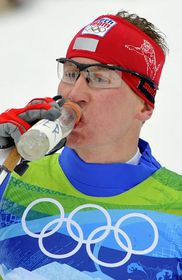 Lukáš Bauer, photo: CTK Záhrobská’s face was splashed all over Saturday’s papers, alongside headlines about the country’s best ever medals tally. But Czech sports fans were still hoping to see one more, with cross-country skier Lukáš Bauer among the favourites in Sunday’s 50 kilometre mass start classic. The 32-year-old kept pace with the leaders for most of the race but was visibly flagging in the latter stages and eventually finished 12th.

“Towards the end I really started running out of steam. That serious drop in energy levels combined with steep slopes and my smooth skis meant that I couldn’t keep up with the leaders. Until the last hill I was still in with a chance, but after that I was pulling on the shorter end of the rope. But even still I’m really satisfied with 12th place.”

Several members of the Czech team have already come home, with Lukáš Bauer and the rest due to arrive in Prague on Tuesday. The greatest attention will no doubt be on Martina Sáblíková, a quiet 22-year-old whose historic success in Vancouver has made her a huge star here in the Czech Republic. 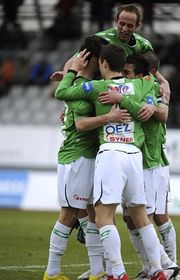 FC Jablonec, photo: CTK The Czech league resumed after the winter break at the weekend, with leaders Jablonec immediately extending the gap over their nearest rivals with a 3:0 home win over Bohemians 1905. Second placed Teplice played out a 0:0 draw at České Budějovice, while Sparta, who are third, drew 1:1 in the capital with Příbram.