In Sports News: the Czech Republic’s athletes qualify for the super league of the European Team Championships, after coming first in the competition’s second tier in Budapest; Jimmy Connors tells Czech Radio that Tomáš Berdych can do “damage” at Wimbledon; and a 17-year-old who has made only one Czech league appearance is reported to be on his way to Chelsea in a EUR 6-million deal. 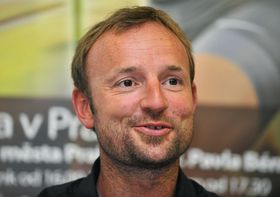 Tomáš Dvořák, photo: CTK The Czech Republic’s athletes have qualified for the highest tier of the European Team Championships. The Czechs were favourites to win what is called the first league, and win is what they did in Budapest at the weekend. They have thereby earned promotion to next season’s super league, the competition’s highest level. The Czech team’s head coach is three-time decathlon world champion Tomáš Dvořák. 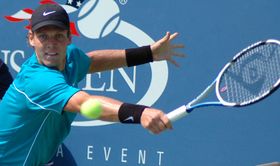 Tomáš Berdych, photo: Christian Mesiano, CC 2.0 license Tomáš Berdych will no doubt be the most watched Czech tennis player at Wimbledon this year, after recently reaching his first Grand Slam semi-final at the French Open. But how much of an impact can the 24-year-old make at the All England Club? Two-time Wimbledon winner Jimmy Connors offered this assessment to Czech Radio.

“I always thought he was a good player. From the first time I got back into tennis about three or four years ago, I saw him play and I liked his game, I liked the way he played. Sometimes you have ups and downs…if he gets on a high, the way he plays, he could do some damage here at Wimbledon.”

Czech youngsters heading for bright lights of Udinese and Chelsea 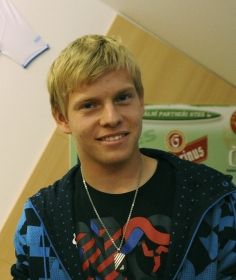 Matěj Vydra, photo: CTK While many of the world’s biggest soccer stars are showing what they can do at the World Cup in South Africa, two potential stars of the future are leaving Czech clubs for the bright lights of Europe’s biggest leagues. Eighteen-year-old striker Matěj Vydra has just joined Udinese, after making a big impact in six months at Baník Ostrava, where he scored four goals in 14 games. The Italian club will pay up to EUR 4 million for the blonde youngster.

Meanwhile, English giants Chelsea are reported to be ready to pay in the region of EUR 6 million for central defender Tomáš Kalas. Kalas is only 17 years of age and, more remarkably, has only made one first-team appearance for Sigma Olomouc. He would likely spend another season at Olomouc, before next year moving to Chelsea, which is currently home to two other Czechs: Petr Čech and junior goalkeeper Jan Šebek.