In Sports News this Monday: the Czechs get revenge on Switzerland in the third place decider at the Floorball World Championships in Helsinki; Czech cross country skier Lukáš Bauer finishes third in the 15 km classic in Davos – his best result this season; Ondřej Bank makes a career-best seventh in the slalom in Val d’Isere; and snow and high winds halt a World Cup ski jumping meeting in Harrachov. 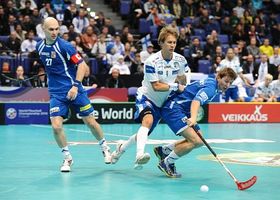 Czech Republic - Switzerland, photo: CTK The Czech Republic have taken the bronze medal at the Floorball World Championships in Helsinki, after beating Switzerland 9:3 on Saturday. The only medal the Czechs had previously won in the competition was silver in 2004. Success this time was some recompense for being beaten in third place deciders at the last two Floorball World Championships – both times by the Swiss. Defender Pavel Brus said the 9:3 score line was somewhat flattering, and praised the efforts of the Czech goaltender.

“The result looks clear-cut, but it was a tough game. They had a lot of chances when the score was even, and they could have gone into the lead too. But David Rytych made outstanding saves when he had to. And our tactics paid off – we decided to keep a close eye on Hofbauer’s line and for the other lines to score goals. So a bit of luck, successful tactics, and the goaltender kept us in it.”

What did forward Tomáš Sladký think gave the Czech Republic the edge this year?

“Details like the fact that the Swiss had four hours less regeneration time after the semi-finals. The fact that we lost twice before to Switzerland also played a role in motivating us. We didn’t want to let them win again. The third thing was we knew that they only had one offensive line. We had tried our tactics out against them at an earlier tournament and it worked well.” 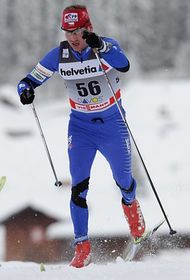 Lukáš Bauer, photo: CTK The Czech cross country skier Lukáš Bauer on Saturday achieved his best result so far this season when he finished third in the 15 kilometre classic at a World Cup meeting in Davos. It was also Bauer’s best ever result at the Swiss resort.

Lukáš Bauer is now focusing on this season’s Tour de Ski, which begins in Germany’s Oberhof on New Year’s Eve.

Downhill skier Ondřej Bank achieved a new career best placing in the slalom on Sunday when he finished seventh at France’s Val d’Isere. Bank had come 19th in the first round, before an impressive fourth-place finish in the second. 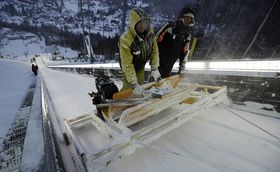 Photo: CTK Here in the Czech Republic a ski jumping World Cup meeting in Harrachov in the Krkonoše Mountains was cancelled at the weekend due to heavy snow and high winds. Harrachov has seen a number of World Cup competitions called off over the years, either because of too much snow or too little. 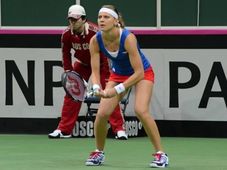 In Sports News this Monday: Good start to year for Czech women tennis players, with Šafářová, Siniaková and the Plíšková sisters all racking… 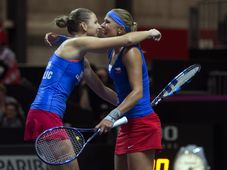