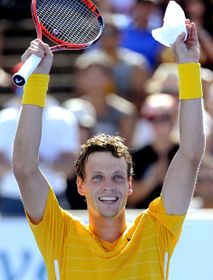 Tomáš Berdych lived up to his sixth seed ranking and reached the last eight of the men’s singles after dispatching Spaniard Fernando Verdasco in straight sets. The score was 6:4; 6:2; 6:3.

It is the first time the 25-year-old Czech and last year’s Wimbledon finalist has got so far in the Australian Open. But from now on in the tournament, Berdych will go from being the favourite to being the underdog. This is what he had to say about that change.

“Up till now everybody was hunting me and now I will be hunting them. So I am pleased that the roles have been reversed and that I have fulfilled what I hoped for at the start of the tournament. I’d say that this composure I now have on the court and these results have come in the wake of the (second round) game with Kohleschreiber.”

Berdych will need all that composure and a change of fortune in the next round when he faces number three seed, Serbian Novak Djokovic. Berdych has only beaten the Serb once in their last five encounters. 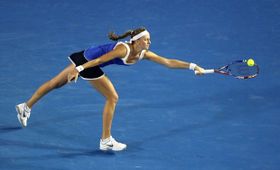 Petra Kvitová, photo: CTK Staying with tennis, in form Petra Kvitová also reached the quarter finals of the Australan Open by defeating Italian Flavia Pennetta in a closely fought 3:6, 6:3; 6:3. This is what she had to say.

“In the first set there were a lot of rallies, which she mostly won. I had to change my game, so I came to the net more and tried to put more pressure on her. Certainly, Pennetta did not play badly. It was a good match and got better and better for me from the first set on.”

It was the ninth match in a row that Kvitová has won after triumphing in the preparatory Brisbane Open. But the dream of an all Czech quarterfinal crumbled when Iveta Benesová lost 4:6; 1:6 against second seed Vera Zvonareva. The Russian now faces Kvitová in the next round for a place in the last four. 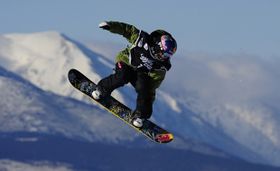 Šárka Pančochová, photo: CTK Snow boarder Šárka Pančochová has taken the world championship silver medal in the slopestyle discipline being held in Spain. The 20-year old, former junior world champion, was already in second place after the first round of the jumps in the finals. She secured silver position with one of her three jumps to spare. There is a chance that slopestyle could be included in the Winter Olympics in 2014. Pardubice - Liberec, photo: CTK In the domestic ice hockey league, Třinec maintained top position with a 5:3 away win against Sparta Prague. Second-placed Liberec keeps up the pressure four points off the leaders with the same score line against Pardubice. But third placed Vítkovice fell off the lead after going down 3:4 against Slavia Prague. In other games there was a home defeat for Karlovy Vary against Brno, and home wins for Zlín, České Budějovice and Litvínov. 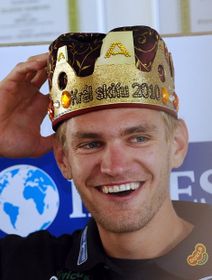 Ondřej Synek, photo: CTK Czech Ondřej Synek has just been crowned the best rower in the world in 2010 by fans, coaches and experts from the International Federation of Rowing Associations. Last year he won three world cup events as well as the European and world championships in the single sculls category. It is the first time since the award was launched in 2002 that a Czech has been given such a distinction in the world of rowing.