In Sports News: Tennis player Tomáš Berdych will return for the Czech Republic’s opening Davis Cup round against Kazakhstan; in hockey, Plzeň lose their best-of-five preliminary round playoff series against Litvínov, while Karlovy Vary force a decider against Slavia; the spring season opens in football with Jablonec’s David Lafata scoring a hat-trick against Liberec; in the English Premier League, Birmingham – with Czech defender Jiránek – triumph over Arsenal to win the Carling Cup. 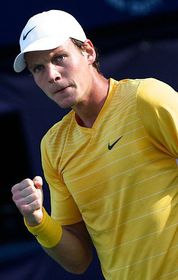 Tomáš Berdych, photo: CTK Czech tennis player Tomáš Berdych has recovered from a muscle injury and will be playing in the first round of the Davis Cup next week in Ostrava, where the Czechs face Kazakhstan. A thigh injury caused Berdych to resign a semi-final match against world number three Novak Djoković in Dubai last week. The absence of the top seed Czech would have been a major setback for the national team, with Radek Štěpánek also out due to illness.

Hockey club Plzeň showed a lot of skill and heart against opponents Litvínov but in the end came up shot in their best-of-five preliminary playoff round series, losing in four. On Saturday, they dominated with a 4:0 win but couldn’t pull off a repeat on Sunday as they went down to Litvínov in overtime. Litvínov had led for most of the game, but Plzeň scored twice in the 3rd period to tie the game at three-apiece and force overtime. Litvínov defenceman Jareš scored the winner on the powerplay in the 68th minute of overtime putting the puck in the top shelf. 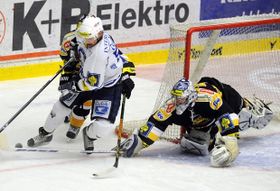 Plzeň - Litvínov, photo: CTK In the other preliminary round, Karlovy Vary declassed Slavia Prague by scoring seven goals to none, to level the series at two apiece and force Game 5. At the end of the first period, the spa town club was already up by five, making the rest of the match as one newspaper put it, largely ‘redundant’. The final game in the series takes place on Tuesday. After that, the playoffs between the final eight – including regular season and President’s Trophy winner, Třinec, gets underway.

NHL: Hudler on roll for Detroit

Jiří Hudler, photo: CTK Detroit Red Wings forward Jiří Hudler has begun to rebound, media sources have noted, from an initially poor hockey season, racking up 12 points (3 goals and 9 assists) in his last 10 games. On Saturday, the Detroit player showed good form despite missing an earlier breakaway on Buffalo goalie Ryan Miller; he was luckier in the final minute of the game when he tied it at 2:2. He then scored the winning goal in the penalty shootout. 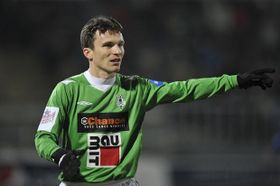 David Lafata, photo: CTK The spring half of the 2010/2011 football season began with teams raring to get back into action but none more than Jablonec and striker David Lafata who opened the scoring in the very first minute against Liberec. It didn’t end there, the attacker added one more in the first and a third in the second to complete the hat-trick. After the match, here’s what he had to say:

“It’s nice to be able to score three goals in the opening game but I think it was really the whole team and hats off to all the boys for the way they played. Today, things worked in my favour that the balls or centres got to me and I think we deserved to win.”

In other action, league-leaders Viktoria Plzeň won 2:1 over Hrádec Králové, remaining seven points ahead of second-place Sparta, who however have a game in hand, playing Ostrava later on Monday. In some of the other scores, last-place Ústí nad Labem were trounced 3:0 by Sigma Olomouc, while Slovácko lost 3:1 to Bohemians 1905. 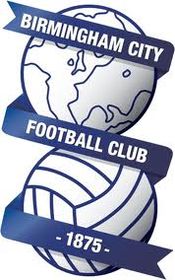 On the international scene, Czech defender Martin Jiránek and teammates at Birmingham had plenty of reason to celebrate on Sunday when their side scored a late goal to defeat Arsenal 2:1 in the final of the Carling Cup. Arsenal, including midfielder Tomáš Rosický, had been considered the odds-on favourites to win the match; Birmingham had not won a major trophy since 1963. The team’s winning goal came on a defensive mix-up involving the Gunners’ goalkeeper and a defender.