In Sports News this Monday: Viktoria Plzeň see their first win in the Champions League; in tennis, Tomáš Berdych loses in the semifinal of the ATP’s World Tour Finals; in hockey, Czech hockey clubs refuse to form a joint Czech-Slovak league; and in motorsport, a Czech driver takes part in a Formula 1 event. Bate Borisov - Viktoria Plzeň, photo: CTK Czech football titleholders Viktoria Plzeň beat the Belarusian champions Bate Borisov 1:0 in Minsk on Wednesday in their penultimate appearance in the Champions League’s Group H. Realizing that only a win could move them up to third place in the group, Plzeň pushed hard for a goal which came in the 42nd minute when the Slovak forward Marek Bakoš got the ball inside the box and swept it in. Plzeň then managed to fend off the home side’s efforts to equalize, and maintained their historic Champions League win.

After the game, when reporters asked Marek Bakoš whether he would always remember his winning goal, the striker said it was too early to say.

“I’m not thinking about that because I’m so happy that we won, and it was a very difficult game. But maybe in the future, it will be nice to see in the statistics that I scored the winning goal. The most important thing was that Milan Petržala managed to get past a defender, pass the ball to where the strikers should be, and I was able to put it in.”

The Czech champions have no chance of advancing to the Champions League’s knock-out stage in the spring but Wednesday’s victory over Borisov means they will most probably finish third in their group and continue in UEFA’s Europa League – provided Bate Borisov does not beat Barcelona. In their final appearance in the Champions League, Plzeň hosts AC Milan in Prague on December 6. 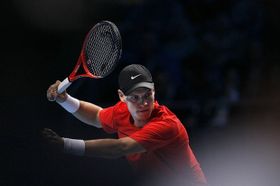 Tomáš Berdych, photo: CTK Turning to tennis now where Tomáš Berdych became the first Czech tennis player after Ivan Lendl to reach the semifinals at the ATP’s World Tour Finals in London – but on Saturday, his bid to book the final ended right there. On his way to the semis, the Czech lost to world’s number one Novak Djokovič after failing to convert a match point; he then beat Serbian substitute for Andy Murray Janko Tipsarevič, and finally the Spaniard David Ferrer. But France’s Jo-Wilfried Tsonga proved too much for the Czech who lost 6:3, 7:5 in the event’s semifinal. Tomáš Berdych told the ATP website he did not feel well on the match day.

“I’m pleased with the week and it was a great experience for me, maybe a bit sad. I had a match point against world no. 1 on the first day; it could have been a perfect run through the group. I won the group all the same but my first semifinal of this event could be better if I had felt better. But it didn’t happen and that’s it. You have to be ready for the whole week, not just certain days.” 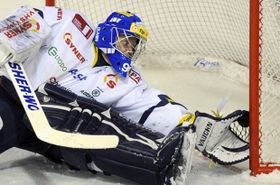 Photo: CTK In hockey, 13 out of 14 Czech top division clubs last week voted against a proposal to accept two Slovak clubs into the competition and revive the federal Czech-Slovak hockey league. The idea, which has appeared several times in the past, came this time from the Slovak clubs HC Košice and Slovan Bratislava. Their Czech counterparts, however, quoted uncertain economic prospects of the joint league as the reason why for the time being, no Slovak clubs will be admitted into the Tipsport Extraliga.

Meanwhile, action continued in the top Czech hockey league with Sparta Prague top of the standings, followed by Slovan Liberec, Plzeň and České Budějovice; at the other end of the league table Mladá Boleslav in last place are one point behind Karlovy Vary and four points behind Slavia Prague. 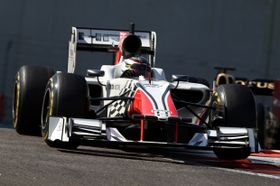 Jan Charouz, photo: CTK And finally, in motorsport, 24-year old Jan Charouz on Friday became only the third Czech racing driver, after Tomáš Enge and Josef Král, to appear in a Formula 1 event. The upcoming Czech pilot joined the Formula 1 circuit at the Brazilian Grand Prix – albeit only for a training session, when he took part in Friday’s free practice run at the Interlagos circuit.

Jan Charouz, who was a testing pilot for the Renault team last year, drove for the Hispania Racing team at the Brazilian Grand Prix. Although he finished last, 5.7 seconds after the session’s winner Mark Weber, the promising Czech driver said he made no serious errors during the 37 laps he drove, and that he enjoyed the experience, adding that he hoped the stint might get him a permanent seat in a Formula 1 car in the future.