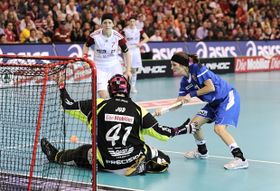 Dominika Šteglová (right), photo: CTK The Czech Republic’s women’s floorball team had plenty of reason to celebrate at the weekend, with the squad clinching bronze at this year’s World Floorball Championships, held in St. Gallen, Switzerland. The medal is the first ever by the Czech women’s team in the competition but they had to fight for it: halfway through the bronze medal match the squad trailed hosts Switzerland 2:0 but the Czech players – including a phenomenal Dominika Šteglová who got the game-winning goal – refused to give up and were able to turn the result around. The final score was 3:2.

The competition final was won by Sweden, who defeated Finland 4:2. The Swedish women’s team’s secured the world championship title for the third time in a row. Pardubice - Sparta Prague, photo: CTK In the Czech Republic’s domestic hockey league, the Tipsport extraliga, Pardubice turned around its match against Sparta Prague, coming from 2:1 down to score an additional six goals: the final score was 8:2. A day later, the club also downed Zlín 6:2, leaving Pardubice in fifth spot in the standings. So far the East Bohemian club leads the league in the number of goals scored: 103.

In other action, Sparta were able to recover from their trouncing in a match against 11th-place Kometa, winning in Brno by the slimmest of margins 2:1. But Sparta remain in second-place in the standings –a point shy of České Budějovice’s HC Mountfield.

In other matches Slavia lost 3:2 to Litvínov, České Budějovice lost to Plzeň in overtime, and Karlovy Vary beat Liberec 4:1. 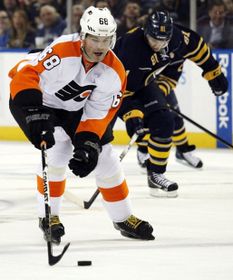 Jaromír Jágr, photo: CTK Star Czech hockey forward Jaromír Jágr, who plays for the Philadelphia Flyers, set a new milestone on Saturday, scoring his 656 NHL goal, tying Canadian Brendan Shanahan for 11th in all-time scoring. Jágr’s goal came in a 5:2 win over the Tampa Bay Lightening. Jágr needed 1,297 games to reach the milestone, compared to Shanahan’s 1,524. Next up for Jágr to challenge is Luc Robitaille’s record at 10th spot with 668 career goals. 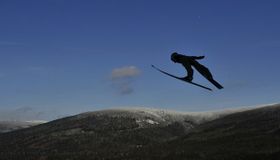 Lukáš Hlava, photo: CTK Three Czech jumpers made it into the final of the World Cup event at Harrachov in the Czech Republic at the weekend: Jan Matura, Jakub Janda and Lukáš Hlava. After his first jump Hlava was in ninth spot but managed only an average second jump that saw him slip out of the top 10 to 13th. All the same in five World Cup events so far the ski jumper has racked up 107 points – the equivalent of his two last seasons combined. In the race fellow jumper Matura finished 20th and Jakub Janda 24th. 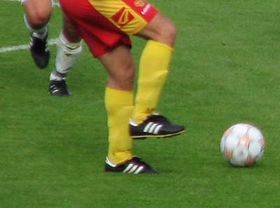 Football may be over for the winter break but that has given media outlets and fans a chance to reflect on the season so far: Czech news website idnes has asked its readers to rate the best goals of the autumn half, choosing from driving volleys, scissor-kicks or blasts from a distance. Sparta’s Josef Hušbauer is the runaway leader with his long-range screamer against Viktoria Žižkov in the 6th round. The ball just bashes just off the bottom of the crossbar and goes in.