In Sports News this Monday: the Czech Republic advance to the semi-finals of the Fed Cup after a home victory over Australia; nearly 70,000 turn out for the first three days of the Biathlon World Championships; Sparta face Chelsea and Plzeň play Napoli in the Europa League; and Milan Baroš is close to a return to Ostrava. 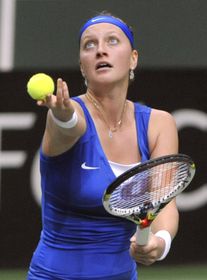 Petra Kvitová, photo: CTK The Czech women’s tennis team have advanced to the semi-finals of the Fed Cup for the fifth year in a row, following a comprehensive 4:0 defeat of Australia in Ostrava at the weekend. The defending champions secured an unassailable 3:0 lead on Sunday afternoon, when Czech number one Petr Kvitová recovered from a poor start to beat Samantha Stosur 2-6 7-6 6-4.

While she hasn’t been enjoying the best of seasons so far, Kvitová – the 2011 Wimbledon champion – says she feels she still has what it takes to handle tense situations in team competitions.

“I’m glad that I still have it, that fighting spirit that I showed today. In the most important moments I’m able to play however I need. That gives me the inner certainty that I didn’t lose it during a month or so that didn’t go ideally. But on the other hand, I think every player has been through that.”

The Czechs, bidding to become the first country in 18 years to win the Fed Cup three times in succession, will take on Italy away in April for a place in the final in what should be a thrilling tie. Captain Petr Pála says the Italian team today may not be as strong as the one that hammered the Czechs in 2010.

“I think winning in Italy now would be more doable than it was then, when we lost 5:0. Their team may not necessarily be as strong as they were when Francesca Schiavone was in top form; she later won in Paris.” 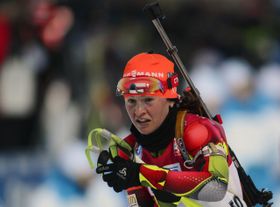 Veronika Vítková, photo: CTK Nearly 70,000 fans visited the Czech resort of Nové Město na Moravě between Friday and Sunday for the first three days of the first Biathlon World Championships ever held in the Czech Republic. Organisers said they had expected more supporters from abroad, but had been pleasantly surprised by the number of Czechs who turned out. Among the local competitors wowing the fans at the weekend was Veronika Vítková, who finished a very creditable eighth in the women’s 10 km pursuit. 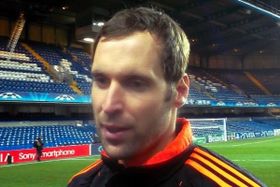 Petr Čech, photo: Jan Kaliba Czech soccer’s top flight doesn’t resume after the winter break for almost a fortnight, but two of the country’s top clubs will be in Europa League action this week. Sparta Prague will welcome Chelsea – and former goalkeeper Petr Čech – to their Letná stadium on Thursday, while Viktoria Plzeň will travel to Napoli in the first leg of their tie in the first round of the knockout stage.

Baroš, 31, reported to be close to Ostrava return 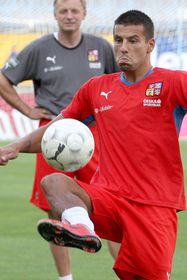 Milan Baroš, photo: David Kalvas The former Czech international striker Milan Baroš looks set to become the biggest star in the national league. Baroš, who is 31, is reported to be close to having his contract annulled at Turkey’s Galatasary, where he has been surplus to requirements for some time. That would leave him free to return to Baník Ostrava, where his career began. Reports say he is ready to play for free for the cash-strapped club.