In Sports News this Monday: Berdych loses yet again to eventual winner Nadal in semi-finals at Indian Wells; biathlete Soukalová enjoys best weekend of career with three first-place finishes in Khanty-Mansiysk; Viktoria Plzeň stay top of league after win over Dukla team reduced to 10 men in only 20 seconds; and Czech national squad gather in Prague ahead of World Cup qualifiers against Denmark and Armenia. 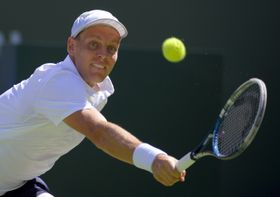 Tomáš Berdych, photo: CTK Prior to facing Rafael Nadal in the semi-finals of the BNP Parisbas Open in Indian Wells on Sunday, the leading Czech men’s tennis player, Tomáš Berdych, had never beaten the Spanish star once in eleven meetings over a seven-year period. Unfortunately, the Czech’s hopes of a first win over Nadal were dashed yet again on Sunday, when – despite at one moment serving for the second set at 5-3 – he lost 4-6 5-7. Afterwards, Berdych was philosophical about being bested once more by the eventual winner of the tournament.

“If there wasn’t a player that I never did well against, maybe I wouldn’t be sixth in the rankings. I’d be first, which at the moment I’m not. At present, that’s a long way off. He’s simply better than me in several areas…But of course I don’t like losing and it’d be nice to end some tournament as winner again.” 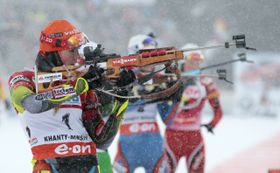 Gabriela Soukalová, photo: CTK Gabriela Soukalová was simply unstoppable at the Russian resort of Khanty-Mansiysk in the final round of the biathlon World Cup this season. The Czech, who is 23, had previously never topped the podium, but at the weekend she came first in three races, the 7.5km sprint, the 10km pursuit and the 12.5km mass start, to finish sixth overall. Soukalová said her success was beyond her wildest dreams.

“Before the season began I had no idea I could ever win in my life. So it never occurred to me at all that I could win any races in succession. It’s a huge surprise for me. I don’t know what to say.” 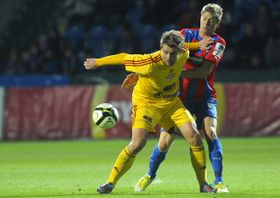 Viktoria Plzeň - Dukla Prague, photo: CTK After Viktoria Plzeň were knocked out in the last 16 stage of soccer’s Europa League by Fenerbahce on Thursday, they bounced back to trounce Dukla Prague 4:0 in the Czech league on Sunday. The home side enjoyed a one-man advantage for virtually the entire game, when Dukla defender Jan Vorel got his marching orders after only 20 seconds for shouldering striker Stanislav Tecl in the face; that beats a previous Czech top flight red card record held by Tomáš Řepka, who once lasted only 25 seconds in a game for Sparta Prague.

Sparta remain three points off the pace in second, after coming from behind to beat Hradec Králové 2:1 away on Saturday. In a fortnight’s time, the Prague club welcome Plzeň in what latter’s manager Pavel Vrba is saying could well be the game of the spring half of the season. Photo: CTK The Czech national squad gathered in Prague on Monday ahead of two important World Cup qualifiers, against Denmark at home on Friday evening and away to Armenia on Tuesday. Michal Bílek’s team currently lie third in their group, five points behind leaders Italy and one point behind Bulgaria, with both having played one game more.