In Sports News this Monday: Kreuziger claims biggest one-day success of career with victory in Holland’s Amstel Gold; Plzeň and Zlín are at 2:2 in final series of Extraliga playoffs; Viktoria Plzeň remain ahead of Sparta Prague on goal difference after both win; and Klára Zakopalová reaches world top 20 for first time. 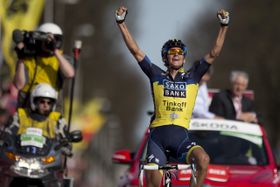 Roman Kreuziger, photo: CTK The Czech cyclist Roman Kreuziger claimed the biggest one-day success of his career on Sunday when he won Holland’s prestigious Amstel Gold race. The 26-year-old from Moravská Třebová, who is a member of the Saxo-Tinkoff team, broke clear of the pack on the final climb seven kilometers from the finishing line to come in 20 seconds ahead of his nearest rival. Kreuziger – a former winner of the young rider jerseys at the Tour de France and Tour of Italy – is the first Czech to win the 251.8km classic, which runs from Maastricht to Valkenburg. He will be hoping to repeat that success in two more one-day races in the coming week.

Plzeň and Zlín tied at 2:2 in final series of playoffs 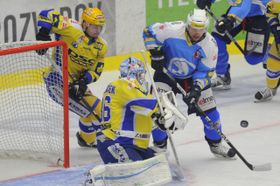 Plzeň - Zlín, photo: CTK Plzeň and Zlín are tied on two games apiece in an exciting best-of-seven final series in the playoffs of ice hockey’s Extraliga. After losing at home in a toothless display on Saturday, Plzeň picked themselves up on Sunday to beat Zlín 5:2 and keep alive their hopes of winning the competition for the first time in the club’s history. Zlín had taken the lead after 9 minutes, but that didn’t unduly disturb Tomáš Vlasák, who scored the fourth of the West Bohemian side’s five goals.

“Of course it’s unpleasant when your opponent goes ahead. But I think it was clear from the start that we had the greater hunger, the greater desire, and of course the two goals in the second period helped us. We’d motivated ourselves well. We knew that if we were losing 3:1 it wouldn’t have been over but it would have been very complicated. I think it was clear we wanted to win at any cost.” 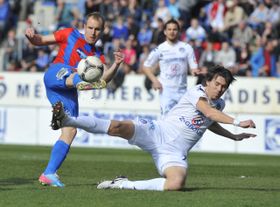 Slovácko - Viktoria Plzeň, photo: CTK Sports fans in Plzeň have a lot to occupy their attention at the moment, with Viktoria Plzeň continuing to cling on to top spot in Czech soccer’s top flight. On Saturday, their main rivals for the league title Sparta kept the pressure on with a 3:1 win over Slavia in the Prague derby. But “Viktorka” replied the following day with a 2:0 away win over Slovácko to remain in first place on goal difference alone. There are seven rounds left in the league this season. 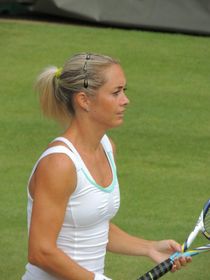 Klára Zakopalová, photo: Jiří Hošek The Czech tennis player Klára Zakopalová has just reached the world top 20 for the first time in her career. The 31-year-old is now ranked 20th, despite only getting as far as the second round of the inaugural Katowice Open last week. Her compatriot Petra Kvitová, the world number eight, lost in the final in Katowice to Roberta Vinci of Italy.