In Sports News this Monday: Czech soccer’s first division set for cliff-hanger finale with Plzeň’s lead on Sparta down to two points with one game to go; Hradec Králové and České Budějovice relegated as Bohemians 1905 bounce straight back from second tier; and decathlon great Roman Šebrle may well have competed for last time.

Dramatic finale in store after Plzeň lose to Liberec 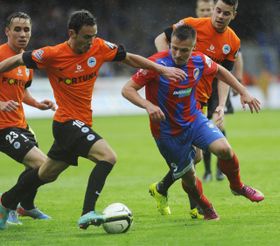 Viktoria Plzeň - Slovan Liberec, photo: CTK Czech soccer’s first division is all set for an absolute cliff-hanger season finale, with the champions to be decided in the very last round next Saturday. A few weeks ago, Viktoria Plzeň looked locked on to pick up their second title in three years.

Indeed, they could have hoisted the championship trophy on Sunday and t-shirts were on sale at their ground emblazoned with the word “double”, referencing the city’s recent historic first ice hockey league title. However, wearers may soon have been regretting their purchase as Plzeň lost 2:1 to defending champions Liberec.

Meanwhile, Sparta Prague picked up all three points with a 3:0 away victory over Teplice, reducing the gap to two points and meaning the title race goes down to the wire.

Plzeň’s highly experienced captain Pavel Horvath said nerves had got the better of his teammates. 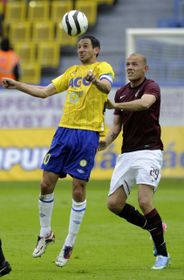 FK Teplice - Sparta Prague, photo: CTK “I think it was very much down to the fact that we were afraid of winning the title. It was clear that, because of that, we didn’t handle the start of the game well. Daniel Kolář had a huge chance early on, which was key: if that had gone in, I think we would’ve pulled it off amid the euphoria.”

Adding to the drama next weekend will be the variety of mathematical permutations to be considered. An away win against Hradec Králové would obviously make Plzeň champions and they are still very much the bookies’ favourites.

However, if Sparta beat Dukla Prague at home, a draw may not suffice for the West Bohemians – though it would if it’s a 2:2 or higher draw and Sparta win by only one goal and score two fewer than Plzeň on the day. In any case, it’s sure to be a nail-biting afternoon for fans of the two clubs. 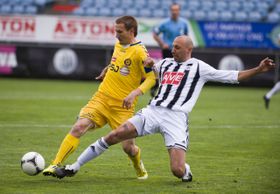 Dynamo České Budějovice - Jihlava, photo: CTK Plzeň’s next opponents Hradec Králové were, by the way, relegated at the weekend, as were České Budějovice. Coming the other way after just one season in the second tier are Bohemians 1905, who won promotion with a 5:1 victory over Olomouc in their final home match this term. Znojmo have also earned promotion but have been denied a license for failing to reach certain technical standards; they can appeal that decision. 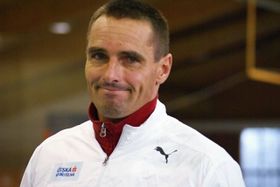 Roman Šebrle, photo: Tereza Jelínková One of the greatest Czech athletes ever, decathlete Roman Šebrle, may well have had competed for the last time. The decathlon world record holder and 2004 Olympic champion was hoping to take part in a meeting at Austria’s Götzis at the weekend. However, a heel injury meant Šebrle couldn’t participate and the 38-year-old told reporters he is unlikely to compete again in what he had already decided would be his farewell season.