In Sports News from the past week: Czech Davis Cup team will play the Netherlands in the first round next season; Sparta Prague is at the top of the chart in Gambrinus Liga; Striker Libo Kozák secures victory for Aston Villa; Hockey Liberec beats Sparta 6:5; Simona Baumrtová has been invited to participate in the All-Star European team at the Duel in Pool event in Glasgow.

Czech Davis Cup team draws Netherlands for first round of 2014 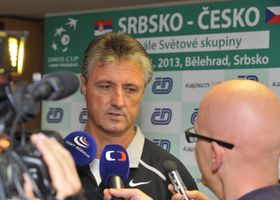 Jaroslav Navrátil, photo: CTK The Czech Davis Cup team is set to play Serbia in the competition’s final in Belgrade in November. But last week, the series’ defending champions were pitted against the Netherlands in the Davis Cup’s opening round next season.

Two of the Dutch players who will most likely appear against the Czech Republic are Robin Haase and Igor Sijsling, who are both ranked below 50th place, internationally. The Czech captain Jaroslav Navrátil was happy with the draw:

“This is one of the nicer opponents that we could get. We could have gotten Germany or even Switzerland, possibly facing Federer. But I also wouldn’t underestimate either Haase or Sijsling.”

In the past, the Czechs beat the Dutch four times in the Davis cup and only lost once. Their last victory was in 2006. The games are set to take place from January 31 to February 2 in the Czech Republic, with the venue yet to be determined. 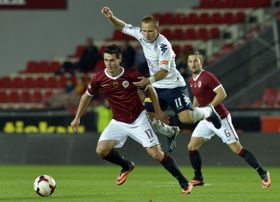 Sparta Prague - Slovácko, photo: CTK Sparta Prague beat Slovácko 4:1 in the ninth round of the Czech top division on Friday, securing their lead in the chart. Defending champions Plzeň meanwhile drew 0:0 against Dukla Prague on Saturday, and are ranked second trailing Sparta by four points. Liberec lost to Ostrava but remains third, one point ahead of Mladá Boleslav.

Kozák gets off to a good start in Aston Villa 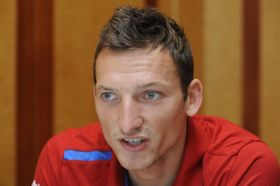 Libor Kozák, photo: CTK In his second English Premier League appearance on Saturday, Aston Villa’s 24-year-old Czech striker Libor Kozák assured his side’s victory over Norwich City. The Czech international got in the only goal of Saturday’s match just two minutes after coming on as a substitute. Before signing a four-year contract with Aston Villa in early September, Kozák had spent five seasons in Italy’s Lazio. 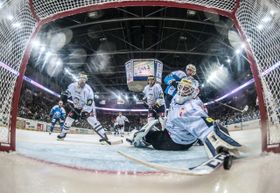 Illustrative photo: CTK The fourth round of the Tipsport extraliga yielded an exciting game between Liberec and Sparta on Sunday, with a whopping total of 11 goals. In the end, the hosts Liberec were victorious 5:6 though fans were on the edges of their seats until the very end, with the score even at 4:4 with just four minutes to go. Sparta goalie Tomáš Pöpperle was visibly disappointed with his team’s defeat:

“They really got a lot of breaks. We were losing and wanted to score at any price, but as a result we ended up giving them a lot of chances as well. But, in general, when you have five goals in an away game, you usually win.”

Slavia Prague, meanwhile, remain undefeated after they beat Hradec Králové 2:1 in the fourth round. Slavia is on top of the chart with 10 points, followed by Pardubice, Plzeň and Brno with eight points each.

Swimmer Baumrtová invited to participate in Duel in the Pool event 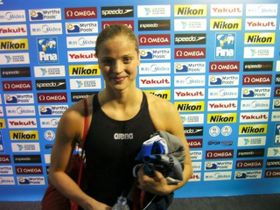 Simona Baumrtová, photo: Michal Jurman Czech swimming star Simona Baumrtová has been invited to be part of the all-star European team, which will take on American swimmers in the Duel in the Pool competition in Glasgow on 20 and 21 December. Twenty-two year old Baumrtová is the first Czech female to swim the 100-meter backstroke in a long-course swimming pool under one minute. She took the bronze in this discipline in both the European and World Championships in 2012 and silver in the short course pool at the European Championships in Chartres the same year. The bi-yearly Duel in the Pool event began in 2003 as a competition between top swimmers from the US and Australia, but in 2009 it became a duel between the US and Europe. No Czech swimmers have participated in the event before.