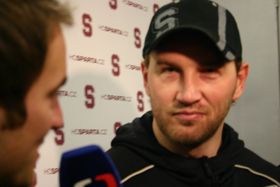 Petr Ton, photo: Romy Ebert Sparta Prague have equalled the margin of victory record in the Extraliga domestic ice hockey league. On Sunday the leaders absolutely demolished Karlovy Vary, going 5:0 up by the end of the first period and eventually running out 11:0 winners. Sparta previously themselves shared the record with Karlovy Vary, with the Prague club having walloped Pardubice 13:2 in the 2003/2004 season and the West Bohemians having trounced Ústí nad Labem 11:0 six years ago.

Sparta’s Petr Ton is the most productive player in the Extraliga so far this season and notched up two goals and two assists on Sunday. He had this to say after the team’s remarkable win.

“I didn’t even know that that we’d equalled the record, but we should enjoy it. I’m glad that this kind of game went well for us before the forthcoming international break. It helps with your regeneration and rest. Many of the guys on the team have been called up and they should be able to take that good feeling to the national side, which is a big plus for them.” 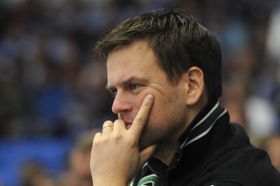 Karel Mlejnek, photo: CTK Ton was referring there to the Karjala Tournament, which gets underway in Finland on Thursday. But getting back to Sunday’s drubbing, Karlovy Vary coach Karel Mlejnek said Sparta – who are on an eight-game winning streak – were just too much for his players to handle.

“It’s very hard for me to assess the match. We didn’t control it at all. I would like to apologise to the whole club, to the spectators and to the fans who came to support us. I don’t know what else to say. In a nutshell, when Sparta were leading by two or three goals the team we put out today just couldn’t stop them.” 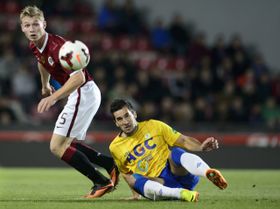 Jakub Brabec (left), photo: CTK Sparta Prague soccer club are also going great guns at the moment. Goals from highly-rated young defender Jakub Brabec and Zimbabwean striker Nhamoinesu Costa gave them a 2:0 home win on Saturday over Teplice, who went into the weekend in second spot. Sparta have dropped only four points in 13 rounds and are seven points ahead of Viktoria Plzeň, who leapfrogged to second place after a 6:1 home win over Jablonec on Friday night. Plzeň, who have zero points from three Champions League group games, play host to title holders Bayern Munich in a game in the prestigious tournament on Tuesday. 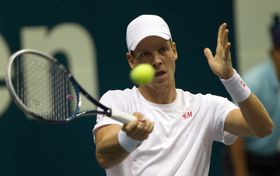 Tomáš Berdych, photo: CTK Tomáš Berdych plays his opening match in tennis’s prestigious World Tour Finals in London later on Monday, after the recording of our programme. The Czech is taking on Stanislas Wawrinka of Switzerland, with Rafael Nadal and David Ferrer completing their group. 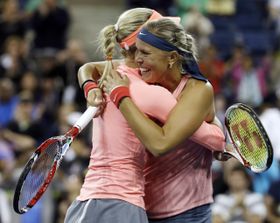 Andrea Hlaváčková, Lucie Hradecká, photo: CTK Elsewhere, the top Czech women’s doubles pair Andrea Hlaváčková and Lucie Hradecká have announced they will no longer play together. No reason has been given for the Olympic silver medallists’ split. Next season Hlaváčková plans to form a duo with Lucie Šafářová, while Hradecká hopes to hook up with the Dutch-born Michaella Krajicek.