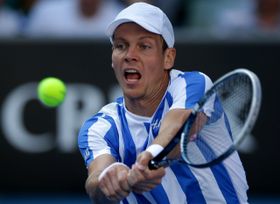 Tomáš Berdych, photo: CTK Czech men’s tennis number one Tomáš Berdych will face Spain’s David Ferrer in the quarter-finals of the Australian Open – the first Grand Slam event of the season. So far in the tournament, Berdych has been in top form, not losing a single set or his serve. He won his last match, against Kevin Anderson of South Africa, comfortably by a score of 6:2, 6:2, 6:3. That said the quarter-final match against Ferrer, the world number three, could prove more difficult: while Berdych won their last outing at the ATP World Tour finals in December, he has only beaten the Spaniard four times in 11 matches. 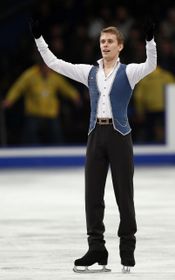 Michal Březina, photo: CTK The Sochi Winter Olympics are less than three weeks away so understandably all eyes are on competitors in top form. At the European Figure Skating Championships which wrapped up Sunday, two Czech skaters had a shot at podium finishes but in the end came up short. Tomáš Verner, the 2008 European champion, was third after the short programme but fared poorly in the free skate, finishing a disappointing seventh overall.

Michal Březina, however, finished in fourth spot – the fifth time he has finished just outside the medals in a major competition. Despite just missing out, the skater said he was pleased with his performance ahead of the winter games in Russia, making clear he would do his best in Sochi.

“I think there are a lot of competitors who have a shot at a medal, maybe with the exception of gold. And even if everyone is already talking about [Canadian Patrick Chan] finishing first, no one is going to give it to him for free! ” 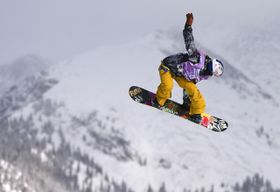 Šárka Pančochová, photo: CTK In other winter sports, Czech snowboarder Šárka Pančochová finished fourth in the slopestyle event at the FIS Snowboard Freestyle World Cup in Stoneham in Quebec, Canada and will take part in the X-Games in Aspen, Colorado, on January 26 as her last event before the Olympics. Her trainer, Martin Čermák, wrote that the result confirmed the racer was among the best in her sport, suggesting the experience gained in the most recent event was important ahead of the Sochi games.

Pančochová at one point was in third spot in the competition but failed to gain enough points to reach the podium. Back in December, she won the slopestyle event, which requires competitors to perform difficult jumps and get as much height as possible, at Copper Mountain.

Hockey: Hemský should recover in time from injury 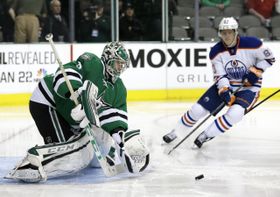 Kari Lehtonen, Aleš Hemský, photo: CTK There is good news for the Czech national hockey team: forward Aleš Hemský, out with an ankle injury, is expected to recover fully in time for the Olympic Games. Hemský, who plays for the Edmonton Oilers, suffered the injury last Tuesday in the NHL against Dallas. Despite major swelling no break was confirmed and the player is expected to begin training again on Monday. 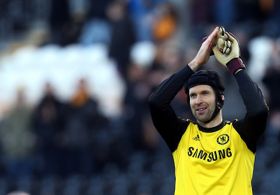 During the match coach José Mourinho at one point showed disbelief when – in the 70th minute – Čech calmly played a cheeky ball away from sliding attacker Javier Hernadez, who appeared certain to score. If you missed the match, look up Petr Čech – amazing skill – on youtube. The moment is worth it.