In Sports News this Monday: Soukup with bronze in biathlon and speed skater Sáblíková with silver reach podium at Winter Olympics in Sochi; snowboarder Pančochová misses out on medal after dramatic fall; and skier Strachová comes ninth in super combined after slalom first place. 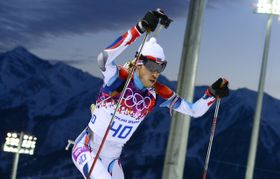 Jaroslav Soukup, photo: CTK The opening weekend at the Winter Olympics in the Russian city of Sochi was a rather successful one for the Czech Republic. Jaroslav Soukup was the first member of the Czech team to reach the podium, after finishing third in the biathlon 10km sprint on Saturday. Indeed, Soukup’s bronze was the first ever medal in the biathlon for a Czech or Czechoslovak competitor.

Martina Sáblíková, photo: CTK The country’s second medal winner was rather less surprising, as speed skater Martina Sáblíková had wowed the nation with two golds and a bronze in Vancouver four years ago. She now has a full collection after picking up a silver medal in the 3000m – and has become only the third Czech or Czechoslovak to ever collect four Winter Olympic medals. Sáblíková’s coach Petr Novák says despite her second place in the 3000m, the defending Olympic champion remains favourite for next week’s 5000m.

Snowboarder Pančochová misses out on medal after dramatic fall 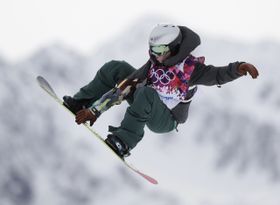 Šárka Pančochová, photo: CTK Other Czech medal hopefuls have been less fortunate to date. Twenty-two-year-old snowboarder Šárka Pančochová won her slopestyle semi-final convincingly and led in the first round of Sunday’s final. However, attempting to pull off a complicated move known as a 540 frontside jump, Pančochová fell dramatically. Though her helmet was split, the Czech later wrote on her Facebook page that a visit to hospital had revealed no injuries.

Gabriela Soukalová’s pre-Olympics form in the biathlon counted for nothing in Sochi. She missed three targets in the opening round of the sprint and instead of a place on the podium ended way down the field in 29th place.

In ski jumping, Roman Koudelka finished in 16th place in Sunday’s men’s normal hill final. His compatriot Jakub Janda was not far behind in 19th.

Strachová ninth in super combined after first place in slalom 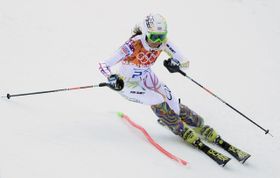 Šárka Strachová, photo: CTK Alpine skier Šárka Strachová finished ninth in the women’s super combined event on Monday. The former Šárka Záhrobská achieved that placing after coming first in the slalom part of the competition, in which she is far stronger.

Jágr and other NHL stars arriving in Sochi

Meanwhile, scores of North America-based ice hockey stars have been arriving in Sochi on a number of special chartered flights ahead of their competition, among them the Czech legend Jaromír Jágr. He and his team-mates will take on Sweden in their opening game on Wednesday.