In Sports News this Monday: in football, Plzeň edge Sparta in top of the table clash while Sparta gets fined for fan violence in Europa League, in tennis, Tomáš Berdych qualifies for his fifth consecutive ATP finals, and Czech women host Germany in Fed Cup final. 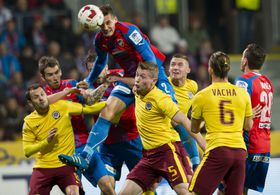 Viktoria Plzeň - Sparta Prague, photo: CTK In the most-anticipated match of the 13th round of Czech football’s top domestic competition on Saturday, Viktoria Plzeň beat Sparta Prague 2:0, gaining a five-point lead at the top of the league table. The game was decided in the first half by goals from defender Lukáš Hejda and midfielder Tomáš Hořava. Plzeň could have added more goals in the second half while Sparta took no shots at the goal during the entire match. Plzeň manager Miroslav Koubek called the victory “sweet”.

“I’m very proud of my team which played well and deserved to win. We could have won by a bigger margin but right now I’m absolutely satisfied with how we played. Winning three points is very sweet for us and the fact the opponent took no shots at our goal only confirms our victory was well-deserved.” 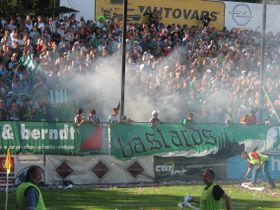 Illustrative photo: Kristýna Maková In other football news, UEFA has fined Sparta Prague 80,000 euros, or 2.2 million crowns, over their fans’ behaviour during the first leg of Sparta’s Europa League tie against Slovan Bratislava. The game, which was played in the Slovak capital on October 23, was temporarily suspended after Sparta supporters broke a fence and attacked fans of the home team. Sparta won the tie 3:0. In addition to the fine, Sparta faces the closure of its stadium if crowd violence should occur again. The second leg of the tie is to be played in Prague on Thursday. 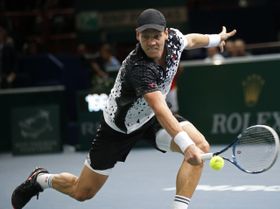 Tomáš Berdych, photo: CTK Moving on to tennis where top Czech player Tomáš Berdych has qualified for his fifth consecutive ATP World Tour Finals after advancing to the semi-finals of the Paris Masters on Friday. The next day, Berdych lost to Milos Raonic of Canada 6-3 3-6 7-5 in the semi-finals, and has slipped one spot to seventh place in the ATP rankings. But the 29-year old Czech did not seem to mind the loss that much.

“It’s great, there are not that many players who would have managed [to advance to the ATP finals] five times in a row. I’m particularly happy that this season, I fought it out myself and didn’t have to rely on anyone else’s loss or win. I did it myself which I think is the most precious thing.”

The ATP World Tour Finals get underway in London next week. 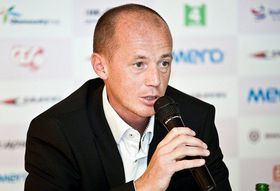 However, Pála can still alter the nomination before the first match, and might have a good reason to do so: the most successful Czech doubles pair, Lucie Hradecká and Andrea Hlaváčková, announced that after a year’s break, they would again play together next season. But the duo, which has won two Grand Slams and silver at the London Olympics, might already appear in the Fed Cup doubles match if need be, according to media reports.