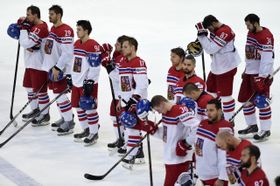 Photo: CTK The Czech Republic were unable to make home advantage pay at the Ice Hockey World Championships in Prague and Ostrava, where they failed to pick up a medal.

The hosts notched up a brilliant 5:3 win over Finland in the quarter-finals but faced a far tougher challenge in the semis in the form of the mighty Canada. And Jaromír Jágr and Co. were simply no match for the Canucks, who beat them 2:0 in Saturday’s game on their way to winning the tournament in spectacular style.

Home fans hoped for some consolation in the game to decide third place against the USA on Sunday but were sorely disappointed. Indeed, the Czechs lost 3:0 in what captain Jakub Voráček described as the worst defeat of his career.

So where did it all go wrong for Vladimír Růžička’s men? Experienced defenceman Jan Hejda said he and his teammates ought to have kept cooler heads.

“We were impatient in the last two games. There was plenty of fighting spirit. We thought we’d win in the first 10 minutes. But then when we conceded it rattled us and we couldn’t get back into the game. It seems to me that we didn’t play enough as a team. Everybody was trying too hard – and that caused mistakes.” 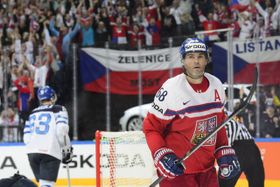 Jaromír Jágr, photo: CTK Immediately after Sunday’s defeat to the Americans Jaromír Jágr announced he was retiring from international hockey. The 43-year-old made the same declaration a year ago after the Worlds in Belarus. But this time his decision really did sound final.

“I’m just not up to it anymore. I can give my all but… it’s time to move on. If the championship hadn’t been at home, I wouldn’t have played. The fans were one reason I came back. My dad also wanted me to play. Martin Ručinský also encouraged me – we played together at national level as 16-year-olds and who can say they’ve played with another player for 25 years? That would’ve been unique. But he got injured, unfortunately.”

Nevertheless in persuading Jágr to return Ručinský performed a great service. Despite his age, the forward was the Czechs’ most productive player at the tournament with six goals and three assists. 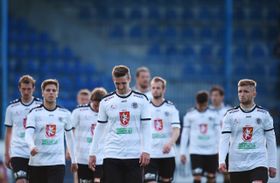 FC Hradec Králové, photo: CTK The two clubs promoted to the top flight of Czech soccer last season have gone right back down. Hradec Králové and České Budějovice are tied at the foot of the table on 22 points after defeats to Slovan Liberec and Baník Ostrava, respectively at the weekend. Those results left them eight points behind third-from-bottom Liberec with only two rounds to go.

At the top of the table second-placed Sparta Prague have kept the pressure on Viktoria Plzeň with a 5:2 win over Slovácko. But the defending champions still trail Plzeň by three points and the West Bohemians need just three from their remaining three games to lift the title. They can do that as soon as Monday evening, when they take on Jihlava at home, after the recording of our programme.