Under 20s exit Worlds at quarters stage after drubbing by US 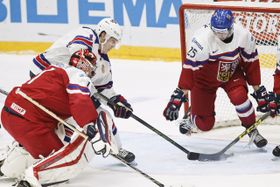 Czech Republic - USA, photo: CTK The Czech Republic’s participation in ice hockey’s Junior World Championships ended with bitter disappointment. The Under 20s had held their own reasonably well in the group stage in Finland. But their quarter-final against the United States could hardly have gone worse, ending in a 7:0 shellacking.

A number of the players had been in the Czech squad that took silver at the Under 18 worlds two years ago, including captain Dominik Mašín. He had been hoping to follow that historic success by reaching the last four this time out – but the Americans had different ideas.

“We wanted to play hockey against them and to play end to end. But they are able to take advantage of that – when holes open up, they’re able to seize on minor mistakes and score. I think we performed well in the group stage and achieved some results thank to teamwork. It’s a pity we were knocked out in the quarter-finals.”

Coach Jakub Petr says his charges fared about as well as they deserved to in Finland.

“If you take the generation born in 1996 in general, at the Under 18 worlds they were capable of beating the top teams. Since then we have managed to maintain our performance levels, but still fifth place corresponds to how we played. America, Finland, Sweden and the Russians – who we were a match for in the group – are all ahead of us in terms of performance.” 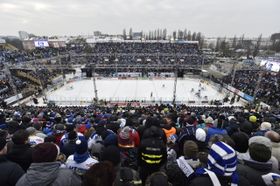 Kometa Brno - Plzeň, photo: CTK Czech club ice hockey has a new attendance record. Some 18,514 fans turned out at the weekend for an Extraliga match in which Brno hosted Plzeň – in the open air at a specially constructed temporary stadium in the Moravian capital. Kometa had taken part in the previous best-attended domestic game, when they played a Kladno side featuring Jaromír Jágr at Prague’s O2 Arena in 2012. Brno won on that occasion and were again the victors on Sunday when they beat Plzeň 5:2 in an attention-grabbing encounter that featured on a number of Czech front pages on Monday morning. And Brno will have a chance to stretch the new record a little further on Friday, when they welcome Sparta Prague to the makeshift outdoor arena. Jaromír Jágr, photo: CTK Jaromír Jágr helped the Florida Panthers to extend their winning streak to nine by scoring twice in their 2:1 win over Minnesota Wild on Sunday. Jágr, who is 43, is now just six short of the third highest goals tally in the history of the NHL.

Kozák returns to EPL over two years after last appearance

Some 735 days after his last Premier League appearance, Libor Kozák came on as a substitute towards the end of Aston Villa’s defeat to Sunderland on Saturday. The Czech striker, who is now 26, broke his leg in 2014, just months after joining the club from Lazio.

Srníček buried in Ostrava, Newcastle memorial set for next week 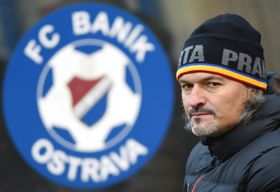 Pavel Srníček, photo: CTK The funeral of Czech soccer goalkeeper Pavel Srníček is set to take place in his native Ostrava on Tuesday. The 47-year-old, who notched up 47 international caps, died after having a heart-attack while jogging in the city. A memorial ceremony is also planned for England’s Newcastle on Wednesday next week: Srníček was a club legend at Newcastle United and recently published a book entitled Pavel is a Geordie.