In Sports News this Monday: Czechs come back to secure point against Croatia at Euro 2016; injured Rosický likely to have appeared in national colours for last time; and Turkey-based Sivok looks forward to all-or-nothing clash with Turks in final group game Tuesday. 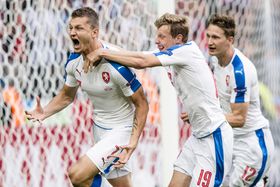 Tomáš Necid, Ladislav Krejčí, Milan Škoda, photo: CTK To quote one Czech daily, the national soccer team have “survived clinical death” and can still qualify from the group stage at the European Championships in France. After losing their opening game to Spain, the Czechs looked to be heading for a second defeat on Friday, this time at the hands of Croatia. Modric and Co. dominated and looked to have the three points sown up when Perisic gave them a 2:0 lead on the hour mark.

But then Czech substitute Milan Škoda found the net with an excellent header from a pass from Rosický on 76 minutes and the comeback continued in the dying minutes when the Croats, evidently shaken by trouble among their fans, conceded a penalty. The spot kick was coolly dispatched by Tomáš Necid, securing the Czech Republic’s first point and sparking euphoria among the travelling army of Czech fans.

Goal-scorer Milan Škoda offered his thoughts after the game, which he had joined on the 67-minute mark.

“My aim when I took to the pitch was to win one-on-one situations, to hold the ball up, and hopefully get a goal… When we were 2:0 down we started to become more confident and to play better. The Croats were just holding on to the result by then – which they paid the price for.”

Rosický’s international career over after injury? 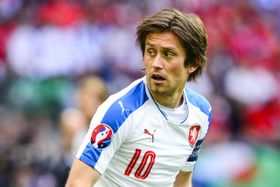 Tomáš Rosický, photo: CTK There was, however, bad news from Friday’s encounter. Captain Tomáš Rosický put in such an intense shift that he sustained a muscle injury – and may very well have turned out for the national team for the final time. But the playmaker, who has 101 caps to his name, believes he can still support his teammates in France.

“Of course I can’t be on the pitch with the guys. But I can still have an influence in a slightly different role. Which I’m not happy about, but what can you do? The guys will now have a great game to decide everything against the Turks. I think, and I hope, that we will beat Turkey and I will be able to say that it was worth it.” 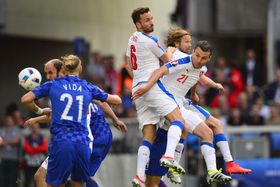 Tomáš Sivok (center), photo: CTK One player who will be particularly looking forward to the Turkey clash is Tomáš Sivok. The Czech defender has been plying his trade in the Turkish league since 2008 and is currently with Bursaspor.

“For me it is a special game. The Turkish team are very good. They showed in the first half against Croatia that they can play well. It will be a nice game, I think, because both teams will be playing to qualify from the group. I expect a nice game – and I hope we qualify.”

That do-or-die game against Turkey – who are on zero points after two matches – takes place in Lens on Tuesday night. A win could see the Czechs leapfrog Croatia into second-place if the latter are beaten by Spain, who are already through. But a victory over the Turks could also leave Pavel Vrba’s men in third spot and hoping to secure one of the four available berths for third-placed teams in the knockout stages. 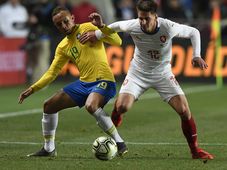