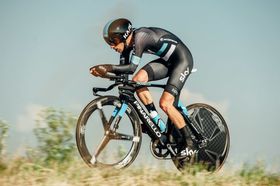 Leopold König, photo: CTK Members of the Czech road cycling team set to travel to the upcoming summer Olympics in Rio have been announced and include three Olympic rookies: Leopold König, Zdeněk Štybar and Petr Vakoč. The final spot on the team will belong to Jan Bárta, who has competed at the games before. The nominees were announced by the team manager, making clear that the Czech squad will be without highly-respected road racer and Czech champion Roman Kreuziger, who competed in the last two Olympics. This time around, he opted for upcoming races on the European circuit instead.

“To give up the Olympic Games, once every four years, is not an easy decision. But the preparations would be so intense that I would not be able to prepare properly for both: neither the Olympics, nor Vuelta. That would not be good for the national team where the guys have to put in 100 percent, while I need to go 100 percent at Vuelta.”

Even without the rider, Coach Tomáš Konečny expressed the hope that the Czech road cycling team at Rio will do well.

“Leo König earned the one free spot in the time trial on Thursday, Jan Bárta, who has been one of the best competitors in championships over the last five years, was second and I think he will be successful in Rio.” 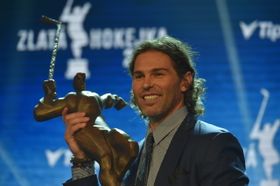 Jaromír Jágr, photo: CTK Veteran star Jaromír Jágr crowned a successful season with victory at the weekend in the Golden Hockey Stick poll naming the Czech hockey player of the year. The third most productive player in NHL history was awarded the prize for the 12th time in a ceremony in Karlovy Vary on Saturday night. Jágr, 44, said that he had first been in the 10 best in the Golden Hockey Stick way back in 1990 and that it remained a great honour for him. 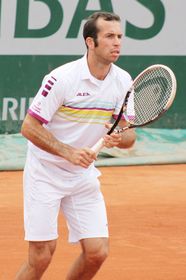 Radek Štěpánek, photo: si.robi, CC BY-SA 2.0 Czech tennis player Tomáš Berdych will face Croatia’s Ivan Dodig in the first round of Wimbledon. Radek Štěpánek, who has received a wild card to the tournament, will play Australian Nick Kyrgios in his opening match. In the women’s singles, the tenth-seeded double Wibledon Champion Petra Kvitová will play Sorana Cirstea of Romania, while Barbora Strýcová has drawn Anett Kontaveit of Estonia. Another Czech, Lucie Šafářová, will face her doubles partner Bethanie Mattek-Sands.