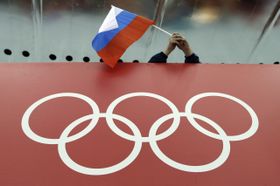 Photo: CTK The first Czech athletes have left for the Olympic Games in Rio de Janeiro. On board a special government plane from Prague’s Kbely airport late on Sunday evening were 10 competitors in water slalom – including medal hopefuls Kateřina Kudějová and Jiří Prskavec – and swimming.

The decision to leave individual sports’ federations to rule on whether to ban Russian competitors from Rio was a hot issue among the passengers.

Swimmer Simona Baumrtová was disappointed with the decision, which she said could mean she won’t get a fair go in the pool.

“I know two Russian girls who are good; one of them is aged 18 but tested positive when she was just 12. It’s hard to compete with people like that. I’d be in favour of a thorough ban on Russians.”

“When they wanted to impose a blanket punishment without the certainty that all the athletes were involved in doping, I thought it was a bad thing. I imagine myself in that situation – if the whole Czech team took drugs and I didn’t and I got banned, that would shatter my dreams. I think that shouldn’t happen.” 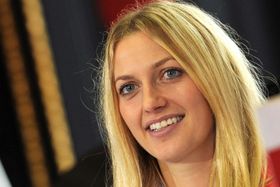 Petra Kvitová, photo: Filip Jandourek One of the biggest stars on the Czech team in Brazil will be tennis player Petra Kvitová, the two-time Wimbledon winner who was recently knocked out in the second round of the Grand Slam competition.

Kvitová, who is currently taking part in a WTA tournament in Montreal, will be hoping a good showing on the hard-courts of Rio will mark a turning point in what has been a disappointing season for her so far.

“That is the case. What’s more, I will be representing the Czech Republic, so the pressure will be greater, but so will the motivation. After Wimbledon everything has been focused on the Olympics and turning this season around. I believe that it has to happen one day. And there’d be no harm if it happened now.” 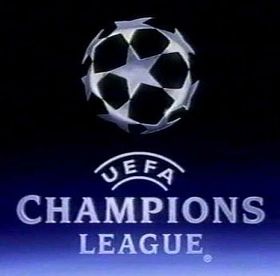 Czech title-holders Viktoria Plzeň will begin their campaign to reach soccer’s Champions League again on Tuesday when they welcome Quarabag of Azerbaijan in the first leg of their third qualifying round tie. Plzeň appeared in the group stage of the prestigious competition in 2011 and 2013.

Sparta Prague, meanwhile, will play host to Steaua Bucharest as they bid to return to the Champions League after an 11-year absence. There is one more qualifying round between round three and the competition proper. 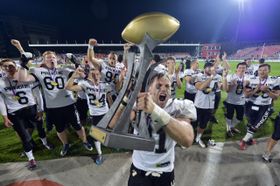 Prague Black Panthers, photo: CTK The Prague Black Panthers have won the showcase event in local American football, the Czech Bowl, after beating city rivals Prague Lions in Saturday’s final. However, the game was marred by a controversial decision when, with seconds to go, referees rejected a safety call from Lions’ players and awarded a touchback that left the Black Panthers with a 10-9 win.