In Sports News this Monday: Manager Trpišovský reportedly close to joining Sparta from Liberec; and Kristýna Plíšková, Kvitová and Berdych all lift titles in great weekend for Czech singles players. 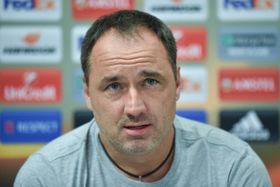 Jindřich Trpišovský, photo: CTK There has been a lot of speculation that Slovan Liberec boss Jindřich Trpišovský may soon swop north Bohemia for the bright lights of the capital and one of the hottest seats in Czech soccer as manager of Sparta Prague. Liberec, who beat Teplice 2:0 at the weekend, are just 13th in the league. However, Trpišovský does have significant achievements with the club, twice leading them to the group stage of the Europa League.

Speaking after the Teplice game on Sunday evening, the 40-year-old said he would be sorry to leave Liberec.

“I have a position in my mind, but I would like it if the players – who I’ve trained and who I like – were to hear it first. The same goes for other people here in Liberec. I have a meeting in the morning with the owner where we will work it out. It’s not a simple situation for me because however it turns out, half my heart will be sad and half will be glad.”

Trpišovský, who says he models himself on Liverpool’s German coach Jürgen Klopp, is reportedly set to meet Sparta’s executives on Monday evening, after the recording of our show.

Plzeň drawn on points with Mladá Boleslav at top of table

Sparta, who are fourth, drew 3:3 with Brno at the weekend. Viktoria Plzeň, who beat Hradec Králové 4:1 are first, ahead on goal difference of Mladá Boleslav, who overcame Dukla Prague 1:0

Kristýna Plíšková jumps in rankings after first ever WTA title 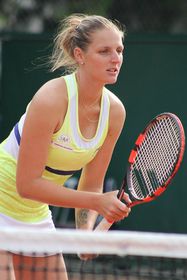 Kristýna Plíšková, photo: si.robi, CC BY-SA 2.0 It was a great weekend for Czech singles players, who picked up not one but three titles. Kristýna Plíšková, the twin sister of star player Karolína Plíšková, lifted the first WTA trophy of her career after beating defending champion Nao Hibino of Japan in the final of the Tashkent Open. Plíšková notched up 10 aces on her route to a 6-3 2-6 6-3 triumph over the defending champion. She has now jumped from 100th to 66th in the rankings, still a long way behind her twin, who is sixth.

Kvitová picks up first trophy of year in Wuhan

Petra Kvitová has risen to 11th in the world after beating Dominika Cibulková to win China’s Wuhan Open for her first title of the season. The two-time Wimbledon champion overcame the Slovak 6-1 6-1 in Saturday’s final, taking 17 of the first 18 points. 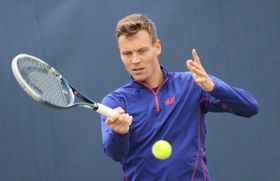 Tomáš Berdych, photo: si.robi, CC BY-SA 2.0 The leading Czech men’s player Tomáš Berdych also lifted his first title of 2016, at the Shenzen Open. His 7-6 6-7 6-3 final victory over Richard Gasquet increases his chances of reaching the ATP World Tour Finals. Berdych, who has regained top form quickly after being forced out of the US Open due to appendicitis, has played at the prestigious season-ending tournament in the past six years but is currently just outside the cut-off in ninth.