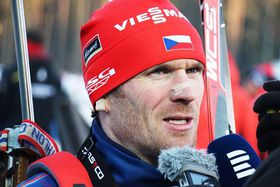 Michal Šlesingr, archive photo: Jan Kodet The Czech mixed relay team could only manage a seventh-place finish in the first biathlon World Cup meeting of the season at Oestersund in Sweden. Veronika Vítková, Gabriela Koukalová, Michal Šlesingr and Ondřej Moravec were in part let down by the shooting of the women, with coach Zdeněk Vítek suggesting that misses by Vítková – who was first in action – may have been what separated the Czech team from the podium. But Ondřej Moravec, who himself didn’t record one of his best times, was philosophical about Sunday’s result.

“It was a pity about the start. We came seventh, just six or seven second behind fifth place. But I’m relatively pleased with my section of the race. Somehow I felt that I couldn’t attack but still, the shooting was great.”

For his part, Michal Šlesingr says starting the season is never easy.

“It’s the first competition. We’re just gradually getting going and it’s hard to compete the first time. You don’t know how to set a tempo, how it’s going to go. It’s kind of all over the place.”

The Czech Republic’s biathlon stars have plenty of time to put things right. Sunday’s was the first of almost 70 events in a season that is set to run for more than 100 more days.

Plzeň to be “winter champions” after latest win 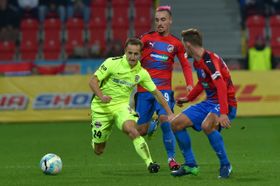 Viktoria Plzeň - Brno, photo: CTK With exactly half of the rounds played this season in Czech soccer’s top flight Viktoria Plzeň remain on course for a third league title in a row. The West Bohemians are still four points in front after a 2:0 win over Brno at the weekend courtesy of strikes by Michael Krmenčík and Michal Ďuriš. That result means Plzeň will be “winter champions”, as next weekend’s games are the last before the winter break.

Slavia keep pressure on with home win over Boleslav

Nevertheless, second-placed Slavia Prague kept the pressure up on the leaders with a 2:1 over Mladá Boleslav in the capital. And still seven points behind Plzeň are Sparta Prague. Fresh from clinching their Europa League group, Sparta continued their winning ways with a 2:1 away victory over Hradec Králové. Mladá Boleslav - Třinec, photo: CTK Ice hockey’s domestic Extraliga brought a number of surprises on Sunday. Třinec lost 5:4 to Mladá Boleslav after a tense encounter but remain tied on points in first place with in-form Liberec, who also lost, at home to Litvínov. For their part, Kometa Brno took the chance to catch up with the leaders by beating Chomutov to also take their tally to 51 points.