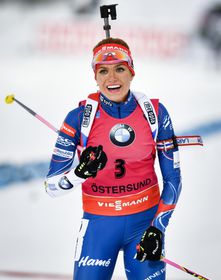 Gabriela Koukalová, photo: CTK In March the Czech Republic’s Gabriela Koukalová won the Crystal Globe for coming first in the season-long Biathlon World Cup. The 27-year-old also has two silver medals from the Olympics and a gold in the mixed relay at the Biathlon World Championships and must be considered one of the favourites to take the Crystal Globe again this time out.

However, Koukalová had a difficult summer, when – exhausted after a tough season – she considered quitting the sport.

Nevertheless it has taken her only two rounds of this season’s Biathlon World Cup to top the podium, after she came first in the pursuit in Sweden’s Oestersund on Sunday.

Speaking afterwards, she said she was more surprised than anyone – and recalled a summer filled with doubt.

“Even the biggest optimist probably wouldn’t have expected this. I don’t think any of my coaches expected it either… It was as if all my ambitions, my ideals, just disintegrated. Suddenly I couldn’t see any reason to compete and what the meaning of it all was.”

But the biathlon star, whose previous successes were achieved under her rather similar maiden name of Gabriela Soukalová, said she was inspired to continue by fans.

“For me it was really gratifying that many ill people, or people who had had some family tragedy, or even small children, wrote saying they supported me. They said I gave them motivation for life, which I think is the greatest thing a person can achieve, or that they can give to fans and to people.”

Second-placed Slavia impress in final round before winter break 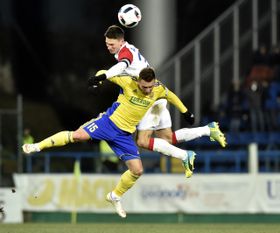 Zlín - Slavia Prague, photo: CTK In the final round of the Czech soccer season before the winter break second-placed Slavia Prague notched up an impressive 4:0 away win over Zlín at the weekend. Two of those strikes came from Czech international Milan Škoda, while Muris Mešanovič and Jaromír Zmrhal each found the net once. Slavia’s city rivals Sparta Prague are three points behind them in third after a 2:1 victory over Teplice in the capital.

Plzeň “winter champions” with game in hand after freeze at Bohemians 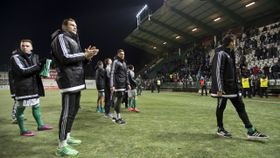 Bohemians 1905 players thank their fans, photo: CTK Meanwhile, Viktoria Plzeň go into the break as “winter champions” despite having played one game fewer; their match at Bohemians 1905 was abandoned due to the pitch being frozen. Senior league officials are to look into the matter after Bohemians were accused of not turning on the underground heating at their stadium in time.

The young Czech striker Patrik Schick has done it again for Sampdoria. After scoring against Juventus on his league debut and then twice in the Italian Cup last week, the 20-year-old found the net again after coming on as a substitute in Sampdoria’s 2:0 win over Torino on Sunday.