Berdych: In terms of training, my approach can’t be faulted 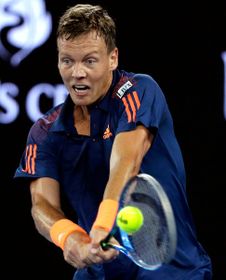 Tomáš Berdych, photo: CTK The Czech Republic’s Tomáš Berdych exited the Australian Open in the third round this year, going down 2-6 4-6 4-6 to Roger Federer of Switzerland on Friday to see yet another Grand Slam tournament slip beyond his grasp. Berdych has reached the semi-finals of all of the top four tennis tournaments in the world – and even got to the final at Wimbledon in 2010. And the Czech, who reached fourth in the world rankings two years ago, has been described as the best men’s player not to have lifted a Grand Slam title. But why hasn’t he been able to make that extra step? He spoke to Czech Radio before packing his bags in Melbourne.

“If I look at it purely in terms of my training, I don’t see where I could reproach myself – for example, for not giving my all, or not doing enough. I’m trying…I don’t want to say everything possible, but I’m working on every detail to improve things, to see what I can do better. After a match like today’s, it’s terribly hard to say if I’m going to play the greatest match of my career in future. Things could get better. But they may not.” 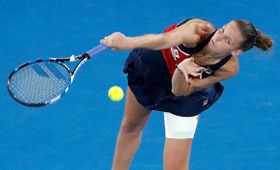 Karolína Plíšková, photo: CTK Staying at the Australian Open, Czech fifth seed Karolína Plíšková overcame Australia’s Daria Gavrilova 6-3 6-3 on Monday to seal a place in the last 16 in Melbourne. Meanwhile, Barbora Strýcová gave a good account of herself but still lost 5-7 4-6 to six-time winner Serena Williams in their fourth round clash on Monday. 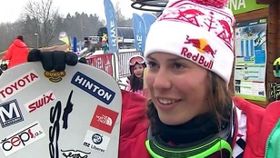 Eva Samková, archive photo: Czech Television The Czech Republic's leading competitor in snowboard cross, Eva Samková, topped the World Cup podium for the first time this season at the weekend after coming first at a meeting in the US mountain resort of Solitude. The reigning Olympic champion, who is 23, had earlier come first in a heat on Thursday and capitalised on pole position in Saturday's final. Samková's last World Cup win had been almost a year earlier. She is now first overall in the World Cup standings. 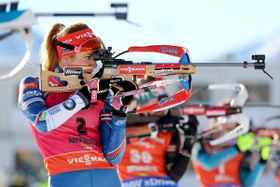 Gabriela Koukalová, photo: CTK Gabriela Koukalová has lost her overall Biathlon World Cup lead to Laura Dahlmeier. Koukalová fell behind after coming 24th in the 15 kilometre individual event in Italy’s Anterselva. The Czech did much better in Saturday’s mass start event, managing to come third despite having to go for a full kilometer with only one ski pole. However, Dahlmeier came second, meaning the German holds on to top spot overall. 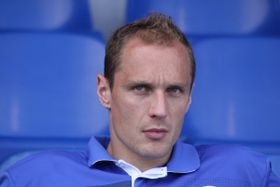 Jaroslav Drobný, photo: Steindy, CC BY-SA 2.0 de His 200th game in football's Bundesliga should have been a day to remember for Czech goalkeeper Jaroslav Drobný. However the 37-year-old was sent off after 39 minutes for Werder Bremen against Borussia Dortmund and had to watch on from the dressing room as Bremen lost 2:1.