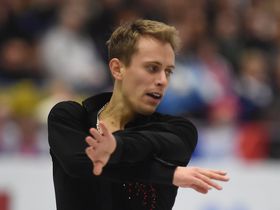 Michal Březina, photo: CTK The Czech Republic’s biggest medal hopeful at the European Figure Skating Championships – which have just come to an end in the north Moravian city of Ostrava – was without question Michal Březina. However, it all went terribly wrong for the 26-year-old, whose 12th place finish was his second worst in eight appearances at the tournament. Březina was despondent after his poor performance in Saturday’s free skate event confirmed his fate.

“Now I don’t want to even see any skates. The problem was it just wasn’t my day. In training everything went fine for both the free skate and short programme. Today’s performance was worse than any in my last three weeks of preparation. So I guess we timed it wrong. But I have to thank the spectators, because never have I received the kind of support I received today. The atmosphere here was really excellent.” 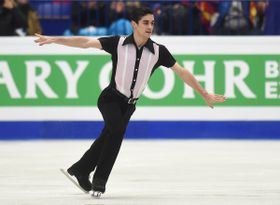 Javier Fernandez, photo: CTK The men’s title was won by one of the world’s greatest contemporary figure skaters, Javier Fernandez, who picked up his fifth European title. The popular Spaniard outlined his approach to competing at a news conference in Ostrava.

“I think it’s more about instead of looking at the pressure coming from outside, you need to more trust your training and when you go to a competition just try to do your personal best. I think that’s the best way to keep yourself calm. Don’t focus on, What about if I do don’t do it – everybody’s going to be crazy. Try to be yourself when you are skating – and trust. That’s all.” 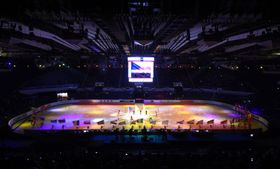 Photo: CTK The Czech Republic’s best result in Ostrava was seventh for junior world champions Anna Dušková and Martin Bidař in the pairs. But fans in the North Moravian city won’t have been disappointed, insists René Novotný, who with Radka Kovaříková was the last Czech to be crowned world figure skating champion, 22 years ago.

“It’s been one of the nicest European Championships as regards the organisation and the things I remember as important from my days as a competitor. The competitors have amazing comfort here: a great hall, training hall, athletics hall, hotel… Everything is very close. And that comfort creates the atmosphere. And, I recall from my own time competing, the crowds here in Ostrava are among the most likable.” Lucie Šafářová, Bethanie Mattek-Sands, photo: CTK There was no glory for the Czech Republic’s singles players at the Australian Open, the first Grand Slam tournament of the season. However, the women’s doubles final provided Czech fans with a guaranteed winner, pitting as it did Lucie Šafářová against Andrea Hlaváčková. And it was Šafářová, playing alongside Bethanie Mattek-Sands of the US, who emerged victorious from an entertaining encounter that ended 6-7 6-3 6-3. Indeed, the Czech-US pair have won four of the last nine majors and are now world women’s doubles number one.

Hlaváčková: Peng and I did well to reach final 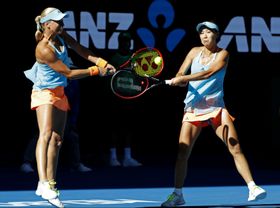 Andrea Hlaváčková, Peng Shuai, photo: CTK But spare a thought for Hlaváčková, who was partnered with Peng Shuai of China, and had to look on as Šafářová and Mattek-Sands did a choreographed dance routine after their triumph.

“It’s very hard after such a match to say that I’m satisfied. But it’s the first Grand Slam that Shuai and I have played together. We beat pairs that I had never beaten and pairs who really are strong. So I think I should be satisfied. The final was won by the team that handled the pressure better.” 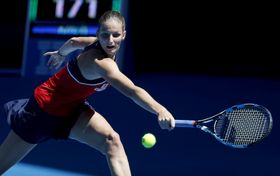 Karolína Plíšková, photo: CTK Karolína Plíšková has risen to third in the women’s singles rankings after reaching the quarter-finals Down Under. It is the highest placing to date for the Czech, who is 24. By contrast, Tomáš Berdych has fallen out of the top 10 and is now ranked 12th. 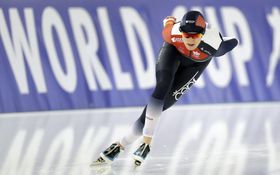 Martina Sáblíková, photo: CTK The Czech speed skater Martina Sáblíková has won her sport’s long track World Cup for the 11th time. The three-time Olympic winner sealed her victory with second place in the 3000 metres in Berlin at the weekend.