In Sports News this Monday: Kvitová takes title in Birmingham to continue impressive return; Czechs disappointed to exit European U21 Championship after Denmark defeat; and Usain Bolt is in Ostrava ahead of final Golden Spike appearance. 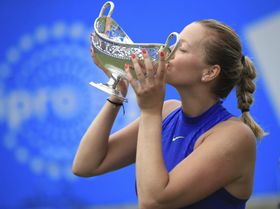 Petra Kvitová, photo: ČTK Petra Kvitová has continued her impressive recovery from serious injury by taking the WTA Birmingham title. The Czech star beat Australia’s Ashleigh Barty 4-6 6-3 6-2 on grass in the UK city in the perfect preparation for Wimbledon, where she really made her name with victories in 2011 and 2014.

Sunday’s win means that Kvitová triumphed in only her second tournament since a vicious knife attack in December left her with career-threatening hand injuries.

Speaking after the match, Kvitová – who was seeded seventh in Birmingham – said she was taking each event as it came.

“I’m glad my hand held up. That’s the most important thing now. We’ll see how everything goes in the future. But I’m just glad I’m playing tennis and that I can perform as I have been performing. We’ll see what happens, but I definitely won’t be putting any pressure on myself.”

Her latest success makes it seven years in succession that Kvitová, who is 27, has lifted a trophy on the women’s circuit.

“I wasn’t aware of that myself. It’s certainly good news that I am always capable of winning some tournament. I’m also pleased that it was here on the grass in Birmingham – I’m glad about how it’s all worked out.”

Petra Kvitová has now climbed four places to 12th in the world rankings. Czech Republic - Denmark, photo: ČTK The Czech Republic failed to get out of the group stage of the European Under-21 Championship in Poland. After losing 0:2 to Germany, the “Lion Cubs” notched up a memorable 3:1 victory over a fancied Italian side. However, a 2-4 defeat to Denmark sent the Czechs packing.

“We’re disappointed. Unfortunately our aim of carrying on to the semi-finals didn’t work out. I think that everybody really gave their all on the pitch. Nobody underestimated anything. It just didn’t work out. But it was a nice journey – I’ll remember it fondly.”

Manager Vítězslav Lavička says he too is disappointed by the results but would like to remain in charge of the Czech Under 21s.

Bolt set for ninth and last appearance in Ostrava 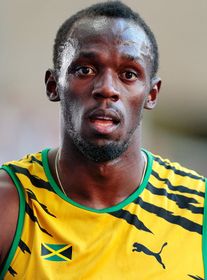 Usain Bolt, photo: Augustas Didžgalvis, CC BY-SA 4.0 The fastest man in history, Usain Bolt, is in the Czech city of Ostrava for its annual Golden Spike meeting. The Jamaican sprinter’s appearance on Wednesday will be his ninth in Ostrava, making it the event in which he has participated most often. It will also be his last as the 30-year-old superstar is set to retire after the World Athletics Championships in August.