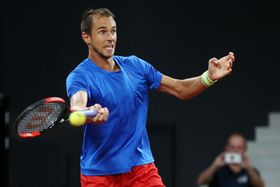 Lukáš Rosol, photo: CTK In tennis, the Czech Davis Cup team have been ousted from the elite top flight of the men’s team event for the first time since 2005.

The Czech team were beaten after the home Dutch team staged a surprising comeback after losing the first two singles matches on the first day. That fightback meant it all came down to the last singles tie in which Lukáš Rosol lost against De Bakker in four sets. Rosol vowed after the defeat that the Czechs would seek a return to the top world group as soon as possible:

ʺEven though we had a two match lead we did not succeed in pulling this off although we had every chance of doing so. We should not hang our heads. We will go forward to the next matches next year and will try to get back into the World Group.ʺ

Team captain Jaroslav Navrátil, who led the Czechs back into the top tier when he took over the reins 11 years ago and led the team to two Davis Cup triumphs, praised his players for their performance and says they gave their all. He says he has no thoughts about quitting. He pointed out that his player options are limited given Tomáš Berdych’s pursuit of Grand Slam success and the long term injury problems of Radek Štěpánek. 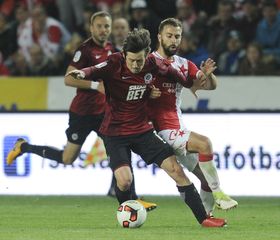 Tomáš Rosický (Sparta Prague), Josef Hušbauer (Slavia Prague), photo: CTK The football focus of the top Czech league over the weekend was on the main Prague derby pitting reigning league champions Slavia Prague against city rivals Sparta. Slavia rolled out 2:0 winners but left it till the last 20 minutes to find the net after an earlier goal was disallowed. The win keeps Slavia in second place challenging league leaders Viktoria Plzeň but heaps more misery on Sparta. They are now seven points adrift of the league leaders, who have a game in hand, after just seven games and with an unimpressive record of six goals scored and six conceded.

Elsewhere in the Czech league, Sigma Olomouc were the winners in a 5:3 thriller against Karviná and secure third position in the league. Olomouc bosses are surprised by their success so far with the cash strapped club have spent sparingly since promotion from the second league last season and expecting to be fighting for survival.

In other football action, Czech star striker Patrik Schick made his league debut for AS Roma in the Italian league. Schick came on with 15 minutes left on the clock and the eventual 3:0 win against Verona largely tied up. The star was in fact another former Czech league veteran, Edin Dzeko, who found the net twice. Italian media highlighted Schick’s attacking threat and composure on the ball. 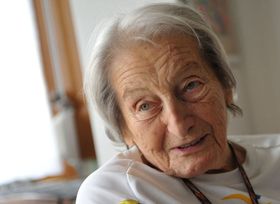