In this week's Sports News: Jessica Kordová finishes second in LPGA tournament finals; Martina Sablíková comes in third at the last day of the second stage of the ISU World Cup season; Czech Tomáš Nosek is the only Czech standing in busy day for NHL; and the world of sport mourns the death of tennis legend Jana Novotná.

World of sport mourns the death of Jana Novotná Jana Novotná displays Wimbledon women's singles trophy in 1998, photo: CTK The world of Czech sport is mourning the loss of tennis legend Jana Novotná, who died at the age of 49 after a battle with cancer, it was announced today. In addition to winning the 1998 Women’s Singles tournament at Wimbledon, Novotná had an impressive series of wins in numerous Grand Slam doubles and mixed-doubles tournaments, including a stellar 1990 season, in which she won the Australian and French Opens and also Wimbledon doubles tournaments, as well as reaching the finals of the US Open. She also provided tough singles competition for rivals like Steffi Graf and Martina Navratilová.

According to the WTA, Novotná passed away on Sunday surrounded by her family. Former American tennis player Pam Shriver paid tribute on Twitter, noting: “Jana was as kind as she was athletic, as smart as she was [competitive]. I can’t believe she is gone this soon. Her smile lives forever young.” 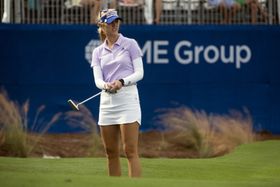 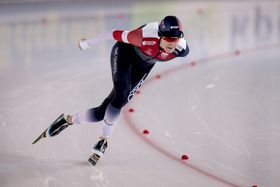 Martina Sáblíková, photo: CTK 30-year-old triple-Olympic gold medal-winning Czech speed-skater Martina Sáblíková has shaken off a troubling spout of health problems to come in third at the final stage of the speed-skating ISU World Cup season. Sablíková, who has been plagued with back-pain issues, won the bronze medal in the 5,000 metres competition in Stavanger, Norway. Germany's Claudia Pechstein won gold with a time of 6:56.60, with Canada’s Ivanie Blondin coming in second. The 5,000 metres race was the only competition in which Sáblíková competed; ultimately she was just 3.35 seconds behind the winning Pechstein. 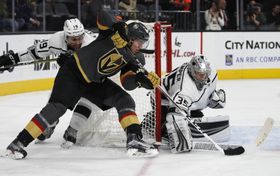 Tomáš Nosek, photo: CTK 25-year-old Pardubice-born Tomáš Nosek, playing for the NHL’s Las Vegas-based Vegas Golden Knights, managed to make a mark during a match on Sunday against the Los Angeles Kings. Five NHL matches were played across the US on Sunday, although injuries meant that Tomáš Nosek was the only Czech player on the ice – with players including Ondřej Kaše, and Radim Vrbata benched. The Vegas Golden Knights fought back against early goals from the Los Angeles Kings to win 4-2. Although Nosek didn’t score in the match – nor does he even rank among the top-ten Czech goal-scorers – he recently managed to break a seven game drought with a goal in a 5-2 win by the Vegas Golden Knights over Winnipeg.